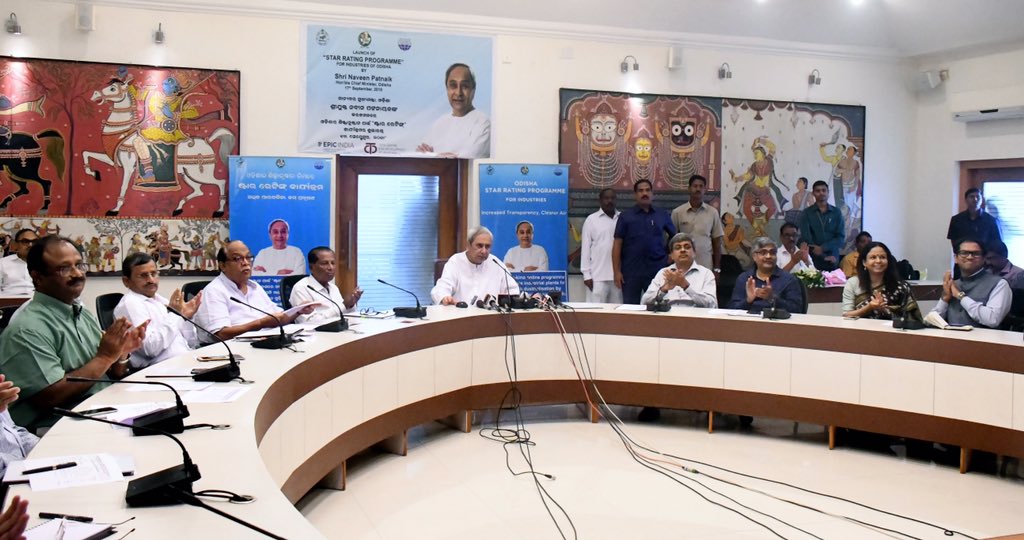 Bhubaneswar: In a bid to strengthen the regulatory efforts of Odisha State Pollution Control Board (OSPCB) to reduce pollution, Chief Minister Naveen Patnaik today launched Star Rating programme for industries in the State.

The programme will categorize industries from 1-star to 5-stars with 1-star being the least compliant and 5-stars being the most complaint to pollution standards set by the regulator.

Launching the programme at the Secretariat here, Patnaik said the initiative will help the public find out whether industries in their vicinity comply with environmental norms and empower them to strengthen regulations through public participation.

On the occasion, the CM launched a website-www.ospcb.info that would help citizens access the information. He said the programme also recognizes the efforts of industries that take responsibility to maintain a clean environment. Lauding the efforts of the OSPCB, Patnaik termed the initiative as an excellent example of 3Ts- Technoloy, Tranperancy, and Teamwork.

The programme is based on the particulate matter (PM) emissions of large manufacturers of steel, cement, aluminium, and major power plants. It will be implemented with the help of researchers from EPIC-India ad TCD in a phased manner. It will cover 20 industrial plants initially and will eventually cover all 136 plants with continuously monitored data.

Sources said the OSPCB is conducting inspection and re-calibration drives to check quality of data and would update the ratings every month.