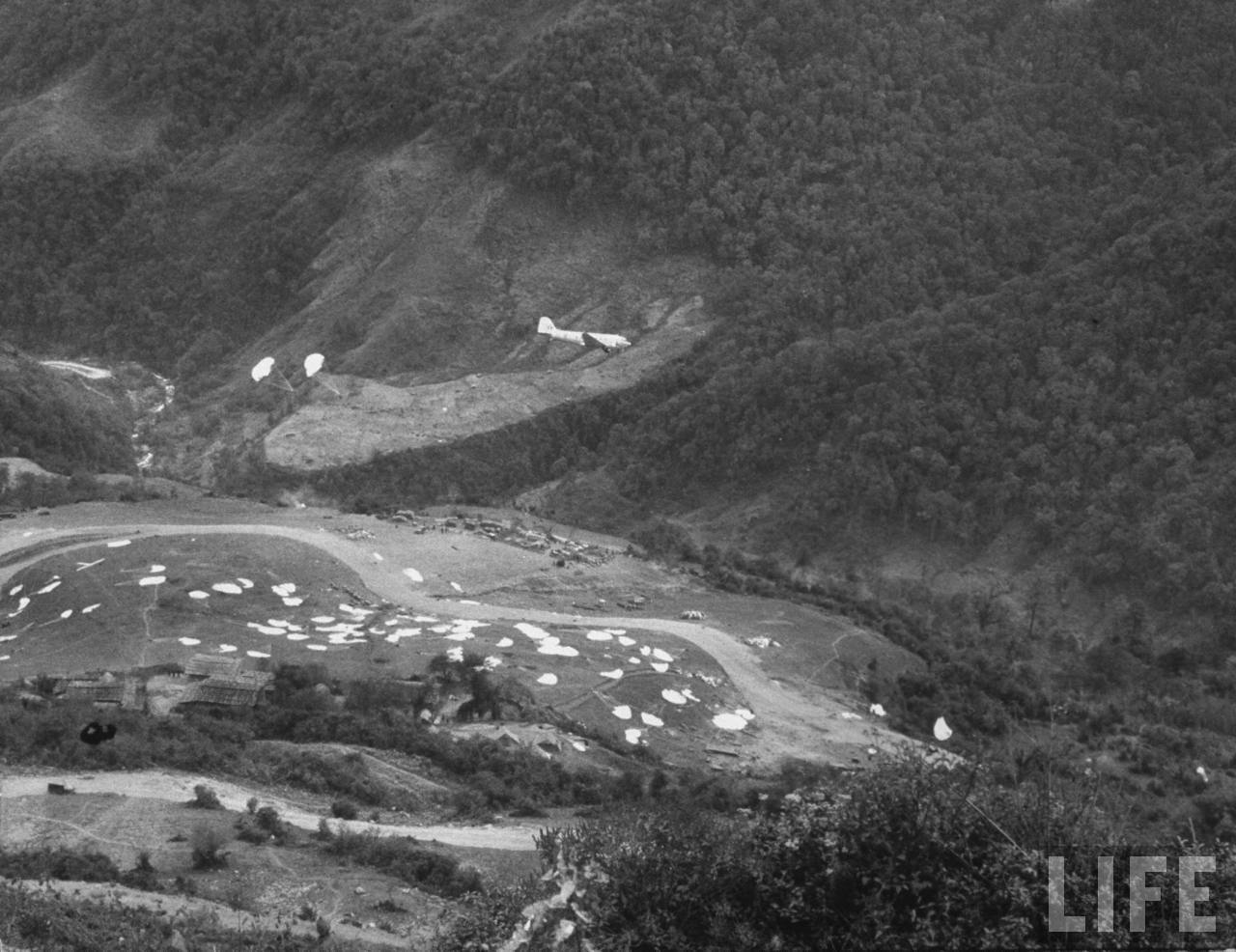 In the aftermath of the Jammu and Kashmir action by the Centre, the internet and the newspapers are agog with the story of Biju Babu having done the first landing during the 27th October 1947 invasion of Kashmir, and how he was instrumental in the Maharaja signing the Instrument of Accession. All the biographies, including the official hagiographic tome “The Tall Man” mention this act of bravery. Even the official sites of the Odisha government tom-toms this story.  The demand for conferring the Bharat Ratna too has been raised against the   Art 370 dilution.

This is far from the truth. Biju Patnaik was nowhere near Srinagar or Jammu and Kashmir on that day.  In fact, he did do many landings in the later month, the first being on the 10th November 1947, and a good fourteen days after the invasion. The first landing was done by Wing Commander Karori Lal Bhatia of the Indian Air Force, flying a DC-3 Dakota. Three Dakotas of 12 Sqn took off from Wellingdon airfield at Delhi at 0500 hours for Srinagar signalling the start of the IAF operations in the 1947-48 War. Before the end of the day, 28 Dakota sorties are flown.

Immediately after the Maharaja of Kashmir signed the Instrument of Accession on the 26th October 1947, No 12 Sqn, under the command of Wing Commander Bhatia was deputed for operations. He piloted the very first aircraft, into the Kashmir Valley on 27 October 47, carrying troops of 1st Sikh Regiment under Lt Col D R Rai. In the following weeks, the squadron also conducted bombing sorties in support of the army with the bombs being rolled out of the cargo bay by the aircrew. The fledgling Indian Air Force committed almost its entire resources to the 1947-48 Kashmir Operations.

On 9th November, Prime Minister Nehru flew to Srinagar in an IAF Dakota piloted by Bhatia. Mehar Singh flew Maharaja Hari Singh from Jammu in another Dakota. No.12 Sqn, in the course of its regular casualty evacuation and transport duties in the next few months, airlifted 25 pounder field guns to Poonch and also ran bombing sorties with their trusted Dakotas. The squadron also flew the first Indian Army troops to Leh, and the second landing in Leh was done by Wing Commander Bhatia. Karori Lal was later awarded the Vir Chakra along with many pilots of the Squadron. The award was announced in January 1950 when India became a republic and the Gallantry Awards were instituted.

This air hero died young at the age of 34 years.  In March 1948, his Dakota had been hit by the enemy artillery fire while flying to Srinagar and he was wounded with shrapnel. He was evacuated to Srinagar and operated upon. However, small shrapnel remained embedded with one of his lungs undetected which infected his lungs and caused malignant cancer. In December 1953 he was flown to Tata’s Institute at Bombay and from there to London for the treatment. He was operated twice but the disease spread fast, damaging his entire respiratory system and other vital organs. He breathed his last on 20th Jan 1954.

Karori Lal Bhatia is a legend in the IAF. During his short stint of ten years he flew every type of aircraft that operated in the Indian theatre.  From Tiger Moths to Piston powered Wapitis, he flew Blenheims, Harvards, Hurricanes, Spitfires, Dakotas, Vampires and even the gigantic Liberators. In fact he holds the record of having flown nineteen different types of aircraft and clocked 2842 hours of flying.

And now Biju Babu. Yes, he did play a very important role in the Kashmir operations.  His role was much more important and decisive than what is being wrongly attributed to him. It was he who suggested to Nehru to summon all the operating civilian aircraft to Delhi for the Kashmir operations. There were about a dozen private operators, mostly flying Dakotas, who were running flights in different places in the country. Private airlines like Deccan Airways, Airways India, Bharat Airways, Himalayan Aviation, Indian National Airways, Air India, Air Services of India, Assam Airways, Indamer Airways, Jamair and Dharbhanga Aviation were flying surplus World War II Dakotas.

At Biju Patnaik’s insistence, Sardar Patel issued a command on All India Radio requisitioning all civilian aircraft. They were summoned to New Delhi and parked at the Wellingdon (Safdargunj) Airport, from where sorties were made to Kashmir. Biju Babu supervised the operations. In fact the seeds of nationalization and merging the private airlines were sown during this period.

Biju Babu saved the day for India by the massive airlifts that were carried on in the first few months of the invasion, when the entire valley was landlocked due to winter. Everything that the troops required including coal, kerosene, mules and vegetables besides the ammunition was carried by these workhorses. Biju Babu undertook many flights himself.

Group Captain Bhatia’s flight Log Books are available at the IAF archives, in fact they are also on the internet. There are no records of Biju Babu’s flying career, except the legends. Incidentally, my research says that the first flight that Biju Babu made, he carried a dozen mules and hay for the pack animals. No small deed this, these were as vital for the troops as the ammunition and fuel.

It is about time that an official biography of Biju Babu should be commissioned. It is heartbreaking to see so many false things being written about him. He deserves much better. In his lifetime, Biju Babu was a voracious reader, but he seldom wrote. However, during my research, I was amazed by the sheer volume that has been written about him by other pilots of the Second World War. I have many books which have anecdotes and stories about his daredevilry.  He deserves much more and much better than what all is being dished out about him. Asking for the conferring the Bharat Ratna, an honour that is rightly deserved, should not be on falsities. There are many truths and facts   which can be the base for such demands.

DISCLAIMER: The views expressed in the article are solely those of the author Anil Dhir, a historian, and do not in any way represent the views of Odisha Sun Times.
Share FacebookTwitterGoogle+WhatsAppTelegramEmail