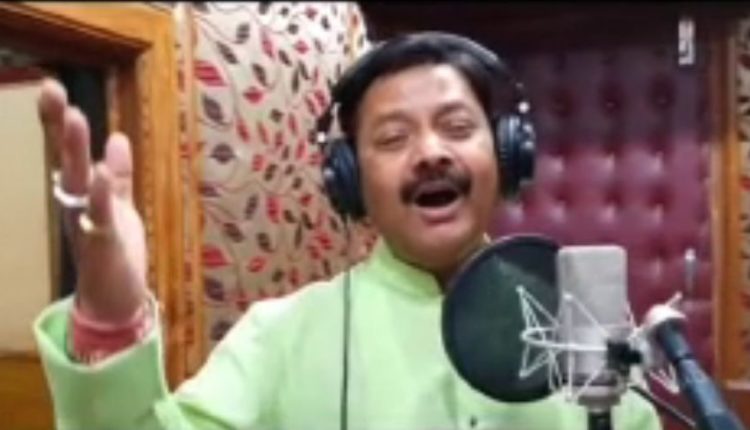 Bhubaneswar: Even as the nation is battling against deadly COVID-19, people from all walks of life have been doing their bit to keep the positivity alive and creating awareness about the virus. During past several weeks, there were several instances when police personnel and celebrities in different parts of the country spread awareness about COVID-19 through songs, placards, humours and dance.

But a politician from Odisha became a headturner by singing a song to create awareness about the disease. The BJD legislator from Raghunathpali assembly constituency, Subrat Tarai showed his creativity side and tried the innovative way for an engaging awareness campaign.

Tarai released a song titled ‘Hey Odia Pua’ appealing people of Odisha to fight against COVID-19 together. The politician’s coronavirus-themed rendition of a popular Odia song ‘Hey Phaguna Tume’ is expected to hit the right note among people. The song was written by Dr Nirmala Nayak.

Exuding confidence the people of Odisha will be able to fight against COVID-19 better, Tarai appealed everyone to adhere to the guidelines issued by the State government.

Ensure COVID-19 test of migrants before bringing them back: HC to Odisha Govt