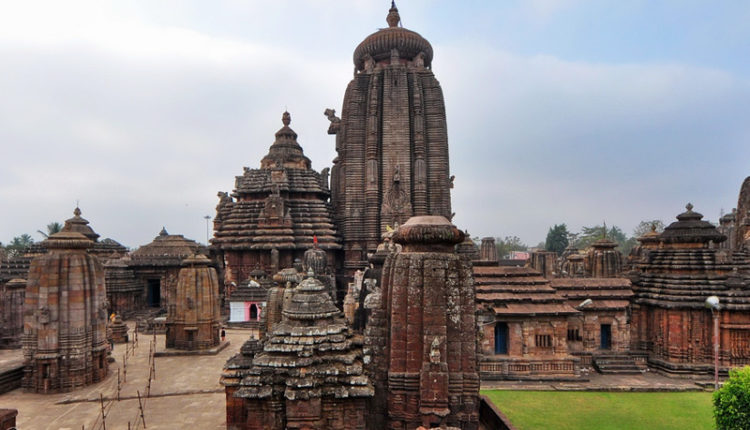 Bhubaneswar: The famous Lingaraj Temple allegedly neglected by the Archaeological Survey of India (ASI) have developed cracks on its walls and other parts.

The cracks were found on the walls at Singhadwar and sanctum sanctorum of the centuries old temple situated in Bhubaneswar here.

According to reports, the cracks appeared on the wall near Singhadwar while installing a temporary door. The crack inside the sanctum sanctorum has continued to increase day by day due to negligence of the central agency.

After the matter came to light, the media has been restricted from entry through Singhadwar.

The ASI negligence came to fore many years ago when a crack had appeared near Chandrasila near doorway inside sanctum sanctorum of the Lingaraj Temple. A few days ago, the crack was invisible to eyes. As the crack continues to increase, it is now clearly visible. If it is not repaired immediately, the risk of collapse of the structure could not be ruled out, stated the temple servitors and devotees adding that the ASI has been intimated about the matter long before.

“Earlier, the cracks were looking like a thread. Neither the ASI inspected it nor took step for its repair for which the cracks continue to grow on the walls, said senior temple servitor and Puja Panda Nijog’s president Kashinath Pujapanda.

The ASI is in charge for conservation and preservation of the cultural and historical monuments in the country. We have informed about the cracks to both the temple administration and ASI, but no step has been taken so far, alleged Badu Nijog president Anchal Batu and Brahman Nijog secretary Biranchi Narayan Pati.

Since the temple is very ancient, analysis should be made by the ASI to ascertain whether the cracks were developed due to pressure or any other reason. The reason behind cracks needs to be detected and then steps need to be taken for its remedy. If the cracks have been enlarged, it should be repaired immediately, warned archeologist Manas Kumar Sahoo.

When contacted to the Executive Officer of the Lingaraj Temple, Bhabani Shankar Mishra, in this regard, he said that the ASI is responsible for its conservation. The matter will be placed before the trust board for discussion.

An official of the ASI, Bhubaneswar said that the issue will be raised with the senior officials. The repair work will start soon. In many places, the ancient stones will be replaced with new stones.

Delhi: Man chops live-in partner’s body into 35 pieces in Mehrauli, dumps them in forest over 18 days