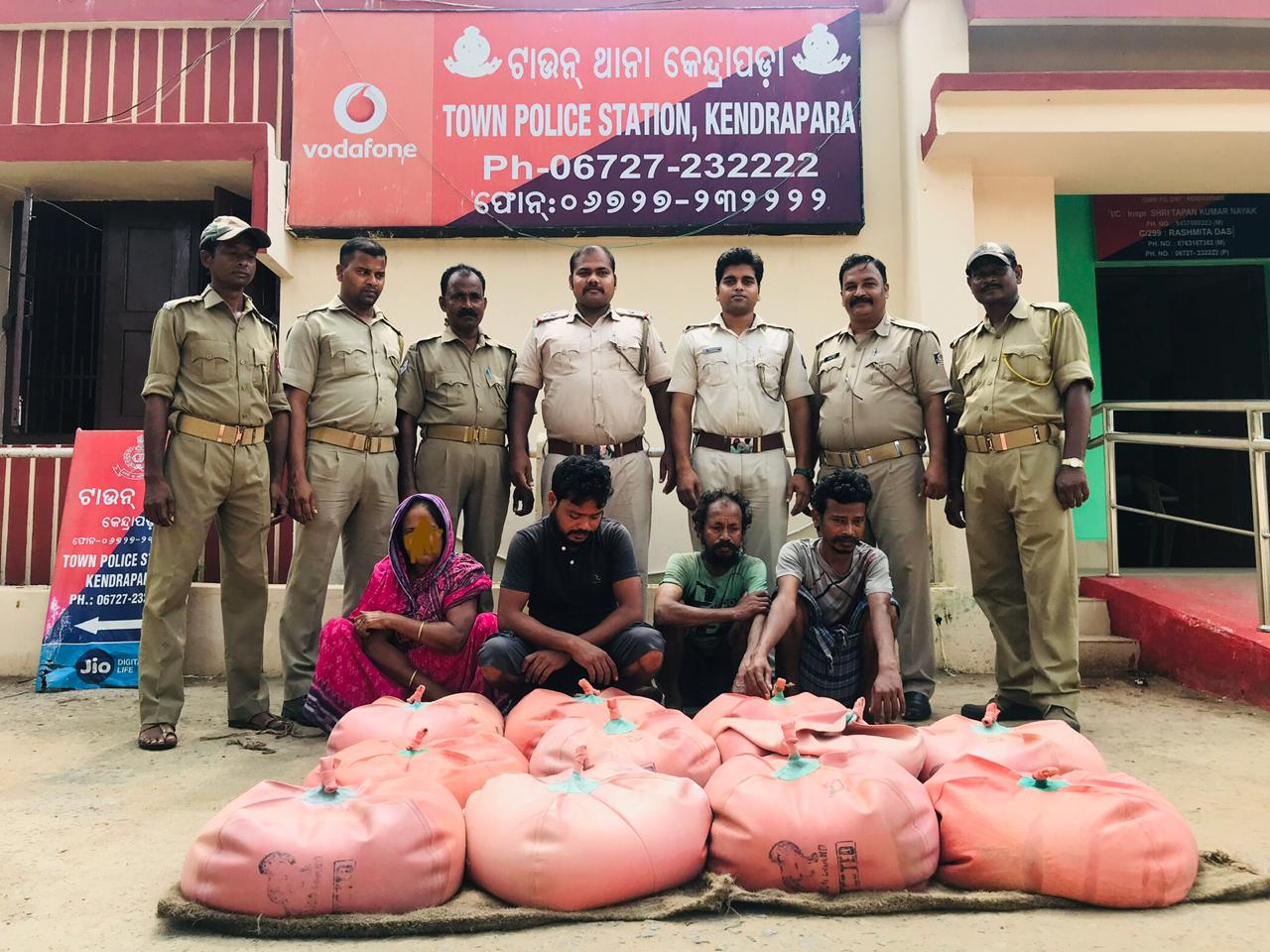 The cops also seized a huge cache of country-liquor from their possession.

Acting on a tip-off, the Kendrapara Town police conducted a raid near Kajala railway line and seized around 300 liters of country-liquor. The four accused were about to sell the liquor, when the police caught hold of them early this morning.

The four arrested will be produced before the court, sources said.

Over 200 cartons of liquor seized in Odisha’s…