Odisha: Little Suhani’s big dreams in the world of modelling 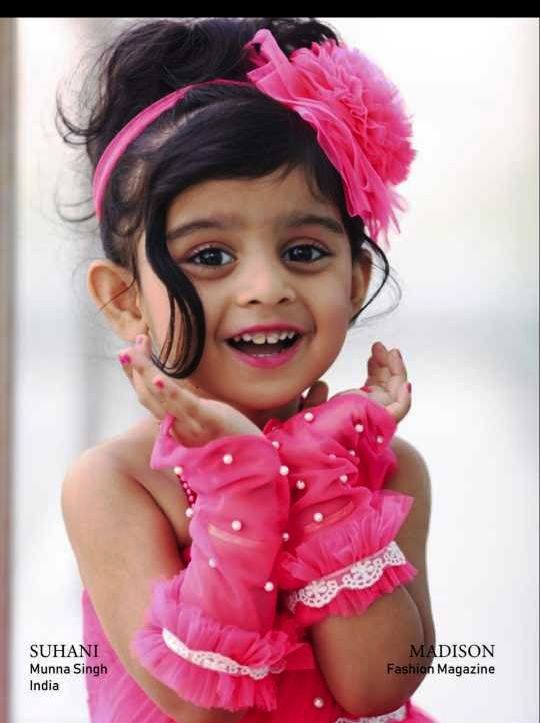 Bhubaneswar: This little wonder from Odisha featured as a model in the March edition of Madison Fashion Magazine, an international digital and print magazine. She will turn three this month, but her chirpy self has already won accolades in the field of modelling. She oozes confidence and attitude, rare for a kid of her age, while walking the ramp or posing before camera.

Odisha model makes it to Times 50 Most Desirable Women

Meet Suhani Patro, daughter of Suchismita and Sangram Patro, natives of Berhampur currently based in Bengaluru.

“At the age of two, she would happily pose before camera and dance to any song played. She always wanted to be the centre of attraction in every party. This was when I thought of taking her to the Mr and Miss Little Bangalore pageant. Though the cut-off age was three, they agreed seeing her confidence,” said Suchismita.

Suhani made it to the grand finale of the pageant held last year. Though not the crown, she won hearts and a scholarship of Rs 35,000 from Red Bridge International School, where it was conducted. “She was the youngest participant,” said the proud mother.

She was soon roped in for a photo shoot for India cutest kids calendar.

“Around 5000 kids had auditioned for the calendar shoot. Suhani is completely in love with camera and has a very photogenic face because of which she was picked among the best 50,” she said.

The calendar shot by Bollywood’s ace photographer Munna Singh, was launched in January.

“She also got an offer to shoot for a designer brand. The dates are being finalised. She will be participating in the India Kids Fashion Week in May. Maybe after a year, I will prepare her for the Little Miss Galaxy World contest,” said Suchismita, disclosing the future plans.

With already so many feathers in her cap, this little girl will surely go places!