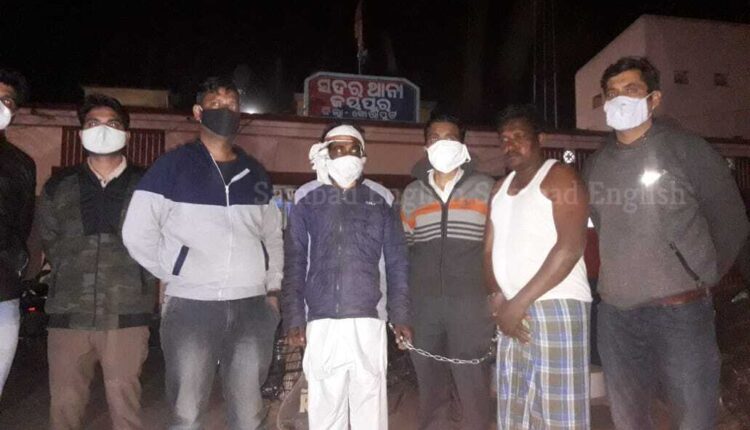 Four from Odisha held in UP for smuggling cannabis

Acting on a tip-off, a team of ATS, Nagpur branch led by Sub Inspector Asish Thakur in association with the Koraput Police raided a house in Kalaguda village under Jeypore Sadar police limits and arrested one Khagapati Pangi.

A police official said Pangi used to supply ganja to Nagpur. He was arrested in connection with a case ATS CR No-04/21 U/s 20/22 NDPS Act and has been taken to ATS Nagpur office for further investigation. He will be then produced before the court, the official added.