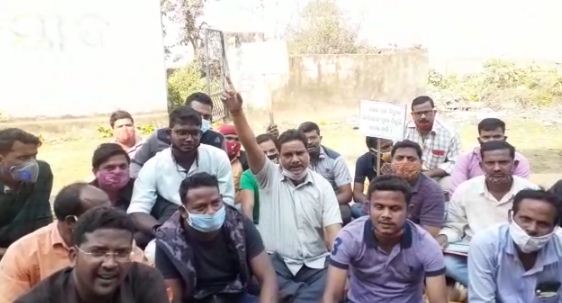 Angul: Tension ran high in front of CESU office at Pallahara in Odisha’s Angul district today as a man tried to immolate himself while several laid off workers were staging a protest.

One Champak Kumar Sahu poured petrol on him and attempted to set himself ablaze. However, police rescued him and foiled the suicide bid.

More than 50 persons, who were earlier working with Enzen company for Pallahara, Khamar, Parabil and Rengali sections of CESU, have been laid off. They resorted to a dharna before the office today demanding their reinstatement.

Though some officials of the district administration and police held discussion with the protestors to resolve the issue, the former employees demanded written assurance by the concerned Assistant Engineer regarding their fresh recruitment.