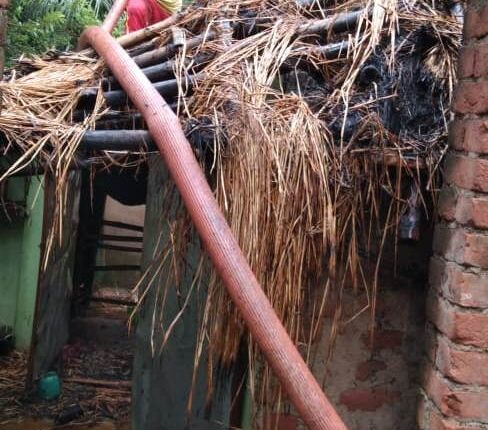 Jajpur: A 33-year-old man today allegedly attempted to immolate himself in Dasarathpur panchayat under Mangalpur police limits of Odisha’s Jajpur district as his livelihood got severely affected during the COVID-19 pandemic.

According to reports, Sankarsan Sahu, who got married recently, was struggling to make ends meet as an auto-rickshaw purchased by him through a loan was not fetching him adequate income due to the prevailing COVID-19 situation.

Following a verbal duel with his pregnant wife today over the issue, Sahu lost his cool and set himself ablaze after pouring kerosene on him. His thatched house also caught fire during the incident.

On being informed, Fire personnel rushed to the spot, doused the flames, rescued Sahu and admitted him to a hospital. He was later shifted to SCB Medical College and Hospital in Cuttack as his condition deteriorated.