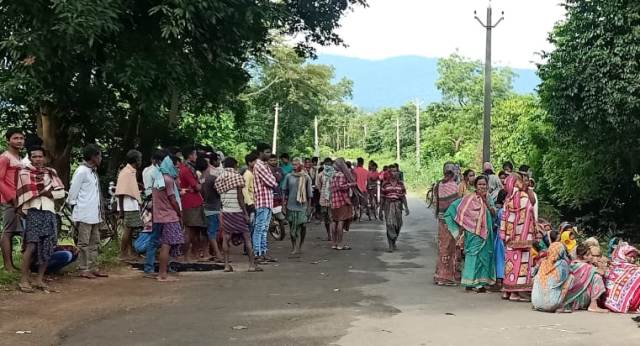 Baripada: The locals of Nachhipur village under Kaptipada police limits in Mayurbhanj district staged protest in front of the forest office today after death of a villager under mysterious circumstances.

The family members of deceased alleged that he was beaten to death by forest employees on suspicion of being a poacher.

Keeping the body in front of the forest office, the villagers gheraoed the office seeking justice to the deceased’s family.

According to reports, Gajendra Nayak (45) had visited the Similipal National Park last week and since then he was missing. Later, the forest department informed his family that the person was undergoing treatment at a hospital.

The officials again informed that the person died while under treatment in Cuttack.

After his body reached the village this morning, the irate family members and villagers staged protest alleging that the forest officials killed the person.