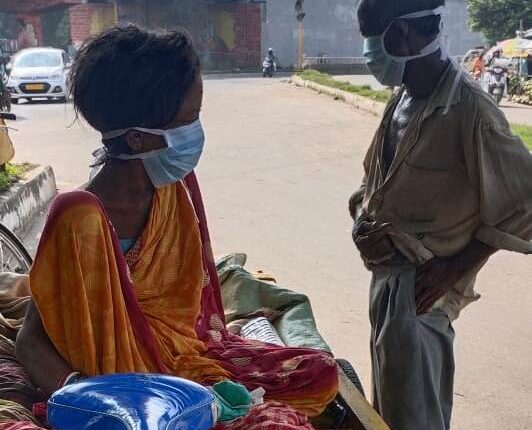 Cuttack: In yet another incident that has brought the deteriorated healthcare services in Odisha to fore, an ailing elderly woman died after being carried by her husband on a trolley from Sakhigopal in Puri district to Cuttack city for treatment due to unavailability of ambulance.

The woman breathed her last while undergoing treatment at the SCB Medical College and Hospital here at 12.20 PM, informed Emergency Officer Bhubanananda Maharana.

She had developed kidney-related ailments and was suffering from malignancy, he said.

According to reports, Kabir Bhoi, a resident of Sakhigopal, had admitted his wife Sukanti to the local Community Health Centre (CHC) as she complained of illness.

She was diagnosed with low level of hemoglobin and treated at the healthcare facility for ten days. Doctors later referred her to the SCB Medical College and Hospital in Cuttack.

With no option left, Kabir hired a trolley for Rs 50 and carried his wife all the way from Sakhigopal to Cuttack city. On Friday evening, a local provided food and shelter to the couple near Telengapentha here.

Later, social worker Abhimanyu Das and some journalists had facilitated the admission of the woman to the SCB Hospital.