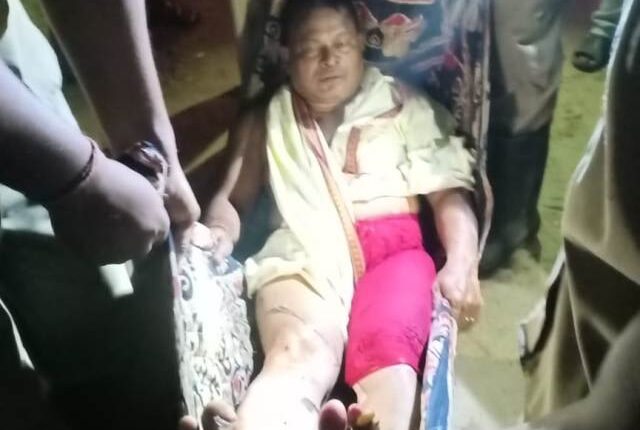 Rourkela: A man was critically injured when fire broke out in a house from an earthen lamp in Odisha’s Rourkela city today evening.

Purusottam Samal from Basanti Colony in Rourkela along with his wife, son and daughter-in-law celebrated Diwali and burnt earthen lamps at his house. Somehow accidentally the clothes kept in the house verandah caught the earthen lamp fire. In no time, fire spread to the entire house.

While trying to douse the fire, Purusottam sustained severe burnt injuries in his legs.

Meanwhile, neighbours of Purusottam rescued the five-month–old grandson from the house after breaking open the window.

The injured was admitted to the IGH, Rourkela.