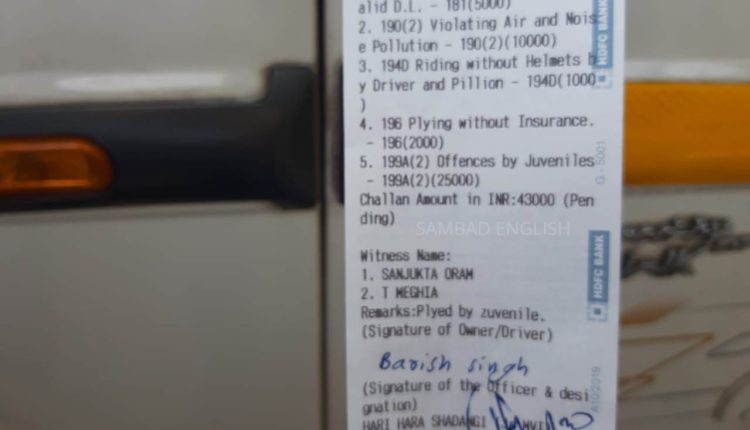 Sambalpur: Allowing a minor to drive two-wheeler proved costly for a man in Odisha’s Sambalpur district as he was fined Rs 43,000 under the newly-implemented amended MV Act.

According to reports, a minor boy namely Baris Singh was driving a scooter owned by Bijay Singh of Daldalipada under Khetrajpur police limits in the district. Police officers intercepted the vehicle near Laxmi Talkies chhak as he was driving the two-wheeler without wearing helmet.