Odisha man fished out from well after 2 hrs struggle 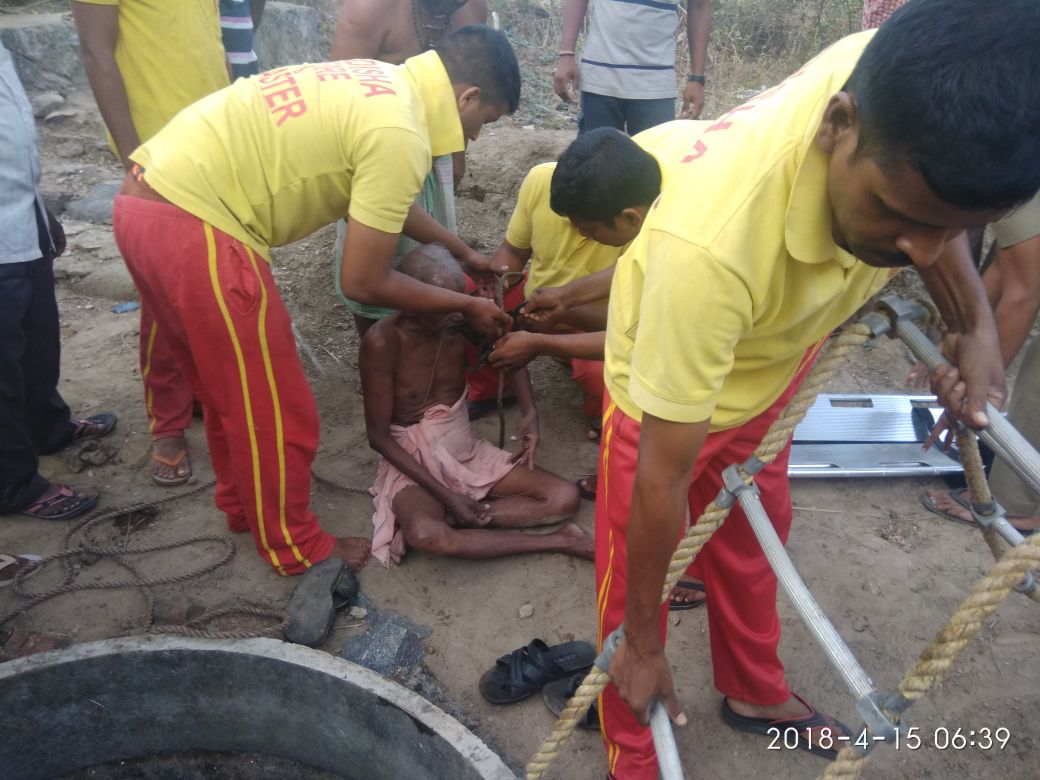 Berhampur: An elderly man survived a frightening fall into deep well after struggling for two hours here this morning.

The survivor identified as Biswanath Panda aged about 70 was rescued by the fire services personnel following operation that lasted for one hour.

He was admitted to the City Hospital in Berhampur for treatment.

According to reports, Biswanath fell into a 25-ft-deep well at around 5.00 am at Lochapada in Berhampur. The locals spotted him inside the well and tried to rescue him with help of a rope. Following failure in attempt, they informed the fire services department that rushed the spot for rescue. He was found completely naked and his mouth was tied up with a blue handkerchief inside the well.

Report said that the true identity of the person is yet to be ascertained.

“We got information at around 6.10 am that someone has fallen into a well near Lochapada. We immediately reached the spot and found the old man in the well filled in 10-ft water. The locals had tried to rescue him with a thin rope. He was rescued by our two personnel Arabinda Pradahan and Gulu Patro with help of a rope ladder from the well,” said the fire personnel.

“We found him completely naked inside the well. While rescuing him we found a blue handkerchief in his mouth. We suspected that somebody had thrown him into the well tying his mouth with the handkerchief. However, there was no confirmation about it. Even the locals did not know about his identity,” he said.

There were some injury marks found on his body after the rescue and the fire service personnel admitted him to the City Hospital in Berhampur for treatment where he could be able to tell his name only. As the survivor is under the treatment, he may tell about his identity after treatment, the fire personnel added.

Odisha to procure hi-tech equipments to upgrade capacity of…