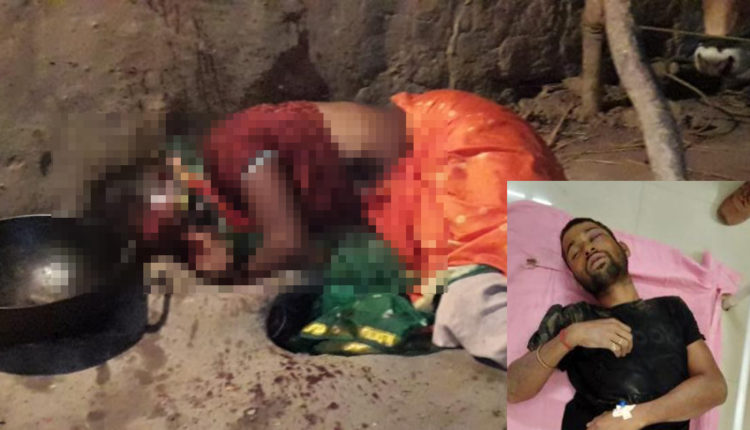 According to reports, Ajay Kamulia (32) of the village quarrelled with his wife Sumitra (28) in an inebriated state. The dispute later turned fatal as Ajay took a billhook and hacked Sumitra, which resulted in her death on the spot.

The neighbours informed the deceased woman’s family members about the murder, following which they rushed to the spot and thrashed Ajay.

On being informed about the incident, police this morning reached the place, rescued Ajay and admitted him to the district headquarters hospital. The body has been seized and sent for post-mortem. Investigation into the matter is underway.