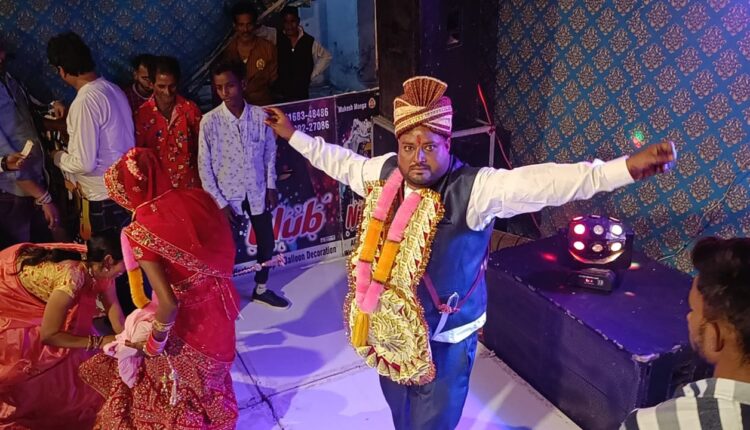 Narla: Narla police in Odisha’s Kalahandi district today detained a man on charges of selling his wife to a person in Delhi a few days ago.

The woman’s family lodged a complaint in this regard with police, sources said.

As per the complaint, Khira Beruk had taken his wife Purnami to Delhi on October 30 to work as migrant labourer. Beruk allegedly married off Purnami to a person in the metro city on November 2 and returned home, said the complaint.

The incident came to the fore when Purnami contacted her father Kulamani Bhoi over phone on November 5 and narrated her ordeal.

Kulamani lodged an FIR in this regard with police on November 6. Taking the issue seriously, the police have registered a case (9/22) and detained Beruk for interrogation, sources said.

“Beruk had tied the knot with my daughter some days ago. He had taken my daughter to Delhi to work there. But, he sold my daughter to a person in Delhi and returned home. I lodged an FIR in this regard with police immediate after coming to know about the incident,” said Kulamani.

Victim’s family members, meanwhile, revealed that the police are trying to rescue her.

“The police are trying to rescue Purnami and bring her back to Odisha. We have lodged a police complaint so that no other person can cheat a girl in similar fashion in future,” said victim’s uncle Kalamani Bhoi.