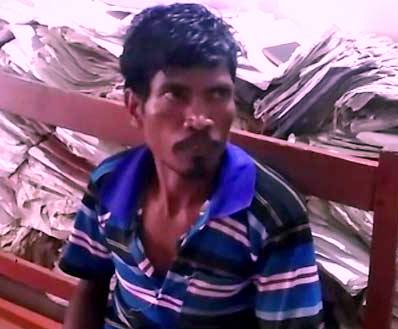 Bhawanipatna: In a shocking incident, a man allegedly murdered his wife and later climbed a tree to avoid arrest in Jaipatna area of Odisha’s Kalahandi district today.

According to reports, Ageswar Majhi’s wife Bela was staying at her father’s house in Kuriguma village for the last two years after a dispute with her husband.

This morning, Ageswar arrived at his in-laws’ house and hacked Bela to death with an axe. He then ran away from the spot and climbed a tree to elude arrest.

On being informed by locals, police and Fire personnel reached the place. After an hour-long effort, cops managed to nab him.

Police have seized the body and sent it for post-mortem.