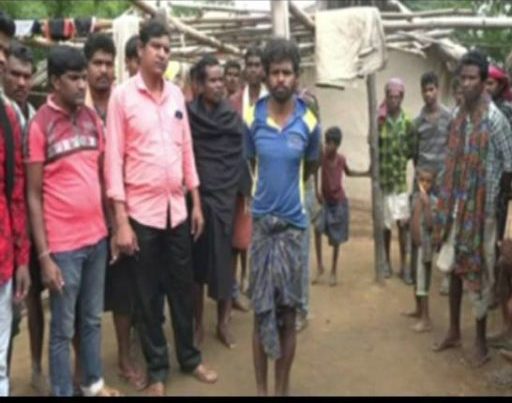 Nabarangpur: A man hailing from Nabarangpur district of Odisha was booked for allegedly selling his nine-month-old son for a mere Rs 10, 000 to buy liquor today.

The matter came to light after wife of the accused lodged a police complaint. As per the complaint, Sagaram Lohar of Pujariguda village under Burja panchayat had taken his wife Sanamati to a temple here and upon reaching there, he forcibly took away the baby from her wife and then handed over him to two persons waiting near the temple for Rs 10, 000.

She also alleged that her husband thrashed her when she objected him and in the midst of the fight he picked up the child and sold him to consume liquor with the money.

After selling his child, the accused went to his in-laws’ home where he was asked about the whereabouts of the child. He said his son has died but his anwer didn’t satisfy the family members.

Smelling fishy in the matter, they asked his wife and she revealed it all to her parents.

Angry and upset after knowing the matter, the accused was tied to a tree and beaten black and blue by his in-laws’ family members.

On the basis of the complaint filed by Sanamati, a case has been registered at Umerkote police station. A probe is underway into the incident.

In a similar incident in 2017, a man hailing from Bhadrak district had sold his eleven-month-old son for Rs 25,000 to buy a mobile phone, silver anklet and alcohol.