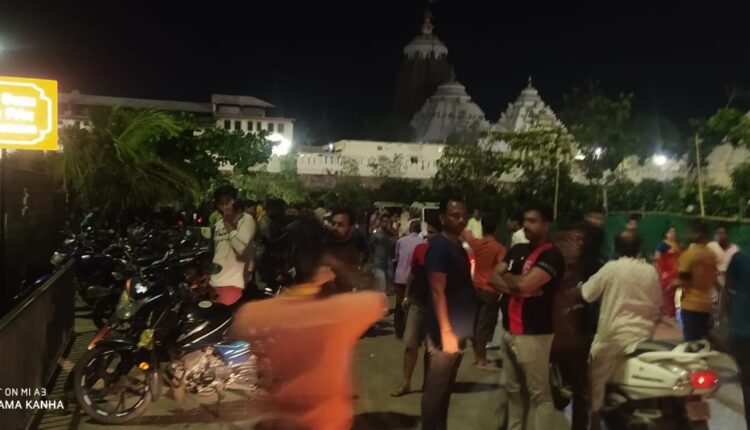 Puri: A man was shot dead in Puri town today evening causing tension among residents. The man was identified as Shibaram Patra from Talachhu Sahi.

Eyewitnesses said two miscreants reached at the Kakudikhai Chhak near Emar Matha, around 10 metres away from the Singhadwara of the Shree Jagannatha Temple, and fired shots at Patra. During the incident Patra was going towards the Kakudikhai temple riding a motorcycle. The miscreants fired two rounds of bullet at Patra killing him on the spot.

Before anyone could comprehend anything, the two miscreants fled the spot after the firing.

Locals rushed the victim to the Puri District Headquarters Hospital where doctor declared him dead.

Puri SP Kanwar Vishal Singh along with senior officials reached the spot and started an investigation.

Singh informed prime accused Chandan Barik, aged 21, has been detained and the weapon used in the crime has been seized. Interrogation of the accused has been started to find out the motive behind the firing, the Puri SP added.

Forensic team reached the spot and started collecting evidence from the spot.