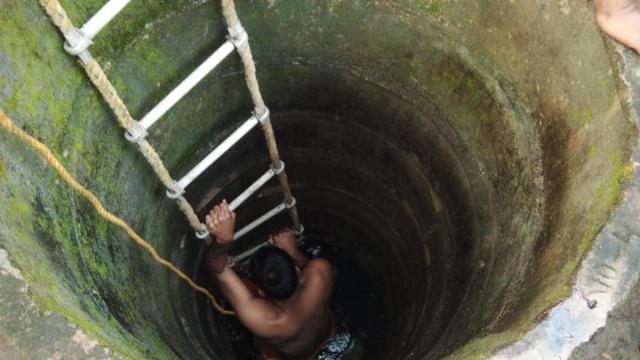 Nilagiri: A 46-year-old man allegedly slitted his throat and jumped into a well at Bandha Sahi village under Rajberhampur police limits in Odisha’s Balasore district early this morning.

According to reports, Gourahari Singh of the village took a blade and slitted his own throat resulting in critical injuries. He then jumped into a 100-feet-deep well located at the backyard of his house.

On being informed by his family members, police, Fire personnel and ODRAF team reached the spot and initiated rescued operation. Till last reports came in, water was being pumped out of the well in a bid to rescue him.

The reason behind his extreme step is yet to be ascertained.