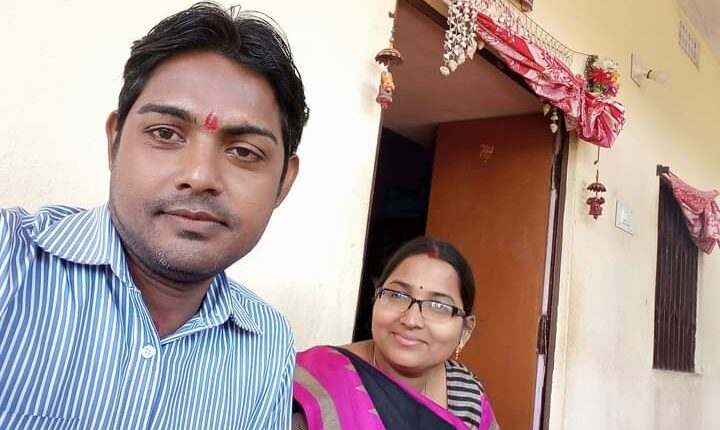 Khordha: A man allegedly killed his wife by slitting her throat at his in-laws’ house at Gurujanga area in Khordha district and fled the scene.

The body of woman identified as Indira Priyadarshini Pradhan was found with throat slit in her father’s house at Patitapaban Sahi this morning.

Police reached the spot and initiated probe after recovering the body.

The marital life of Indira was stated to be not well with her husband Kartik Pradhan.

Sources said that Kartik was always suspecting his wife Indira, indulging in squabble with her most of the time and assaulting her physically over trivial issues. After the situation worsened, Indira moved to her father’s house at Patitapaban Sahi.

Reports said that Kartik was also staying at his in-laws’ house since a past few days.

However, he murdered his wife late on Saturday night and absconded.

The deceased woman’s family claimed that Kartik was ‘mentally sick’.

He visited his in-laws’ house after Indira’s one of her legs got fractured recently. He wanted to take her with him to his home, but the family intervened in the matter preventing him to shift her from there. With no option left, Kartik stayed there. During the period, he made a plan to kill her, the family of deceased alleged.

92 children among 652 infected with COVID-19 in Odisha