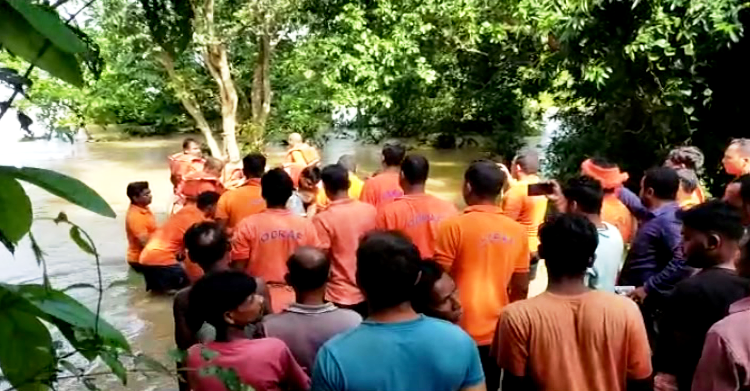 Cuttack: After four days of being stranded following flood in Mahanadi river system, a man and his son were rescued from a hillock at Amangeikuda near Kandarpur under Athagarh block in Cuttack district today.

Minister Ranendra Pratap Swain took to Twitter and informed about the two being rescued by ODRAF officials this morning.

Sources said Dhajyadhara Dalei and his son Bhajaman had gone to a hillock at Amangeikuda to graze a herd of over 50 goats four days ago. Carrying food and clothes, the two had gone there on a country-boat. But due to sudden rise in floodwater level of Mahanadi river, the two could not return. On receiving information from locals, the district administration launched a rescue operation this morning.