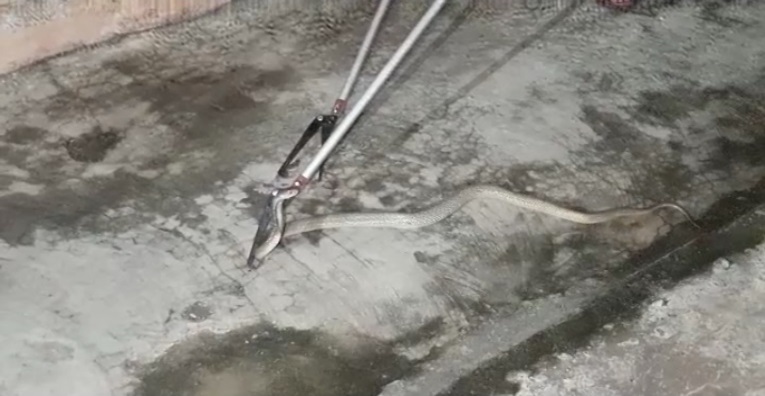 Baripada: In a shocking incident, a person found a poisonous snake inside a courier parcel while unpacking it at his residence in Rairangpur urban area of Mayurbhanj district.

The locals were panicked to see a cobra inside the parcel. The person, who received the parcel, informed the forest department for rescue of the snake.

According to reports, the consignment was dispatched from Guntur through courier firm ‘Agarwal Packers & Movers’ on August 9 to S Muthukumaran, a native of Vijayawada in Andhra Pradesh, at Rairangpur address in Mayurbhanj.

While opening up the parcel that contained household items, Muthukumaran found a cobra, which was around 3-4ft long in size.

He immediately informed the Rairangpur forest department seeking assistance to rescue the snake.

“I found cobra while unpacking the parcel. Though, all the household articles were there inside the consignment, I was shocked to see a cobra inside it. The snake might have entered into the box midway where the parcel was stationed during the shipping to Odisha,” Muthukumaran told Odisha Sun Times.