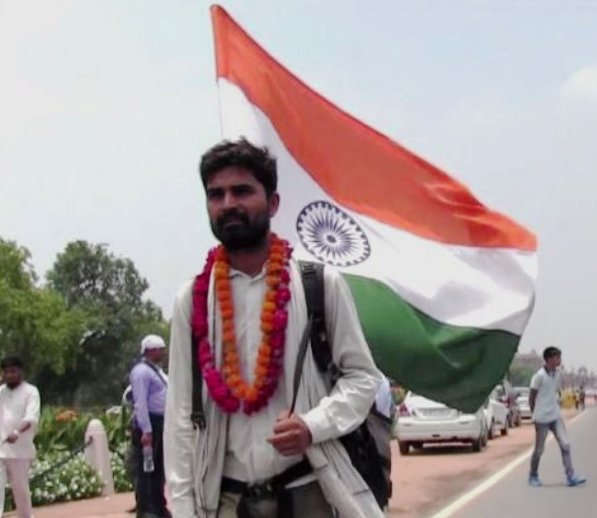 Bhubaneswar: An idol maker who was nominated by the Congress to contest polls from Rourkela assembly segment declined the offer.

The 31-year-old undertook the 71-day-long walkathon to remind the PM of his unfulfilled promises.

The Central Election Committee (CEC) late of Friday night had released a list of 54 candidates where Biswal found mention in the list. However, resentment over his candidature was voiced at a meeting presided over by former district unit president Biren Senapati yesterday.

This ostensibly prompted Biswal to change his mind to contest upcoming polls.

I will not contest from Rourkela seat. I will continue my fight for super-speciality hospital at IGH and second bridge over Brahmani river, Biswal said.