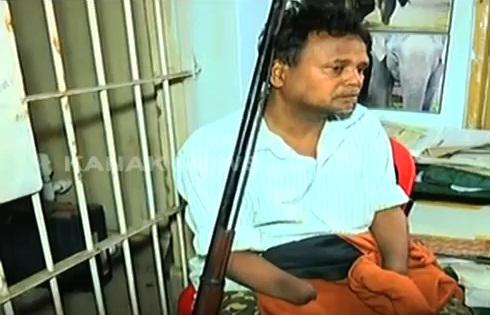 Bhubaneswar: A physically challenged person having no palms was arrested by Forest Department from Bharatpur Reserve Forest on the outskirts of Odisha capital last night on poaching charges.

A country-made gun has been seized from the possession of Bishnu Pradhan alias Khandi, the arrested person. He will be forwarded to court, officials said.

However, two of his associates gave forest officials a slip and fled the spot.

Surprisingly, Pradhan, despite being palmless, was allegedly involved in several incidents of hunting animals in Bharatpur and other reserve forests, officials added.

Odisha sprinter to train under Usain Bolt in Jamaica