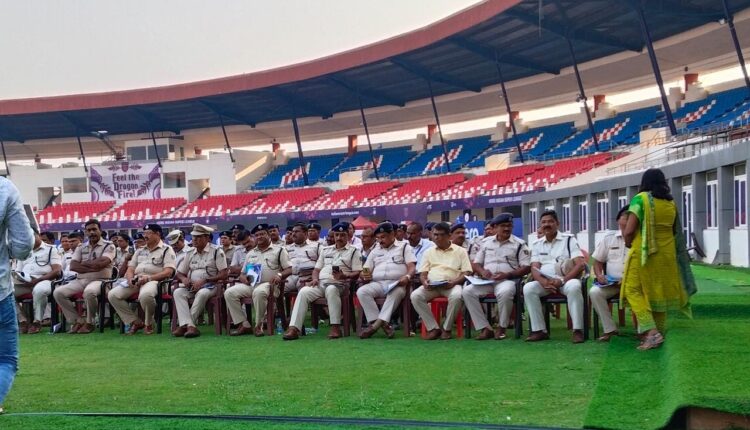 Bhubaneswar: As many as 80 platoons of police force and at least 400 police officers will be deployed in the capital city here for the smooth organisation of FIH Odisha Hockey Men’s World Cup-2023 Bhubaneswar-Rourkela.

Police Commissioner Saumendra Priyadarsi today inspected security arrangements at several places in the city here while Deputy Commissioner of Police (DCP) Prateek Singh supervised an orientation programme for police personnel at Kalinga Stadium, one of the two venues for the mega sporting event.

“Our state is hosting the men’s hockey world cup for the second time in a row. This is a proud moment for us. Two matches of the mega sporting event are scheduled to be played at Kalinga Stadium tomorrow (December 13). We have made all arrangements for the safety of players, officials and guests in the city,” said the Police Commissioner. 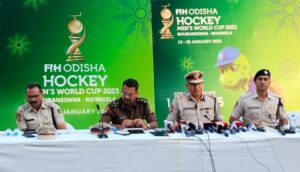 Tourist spots across the city are likely to witness high footfall during the men’s hockey world cup. This apart, a slew of cultural and other festivals will be held in the city during the mega event. The Commissionerate will deploy police personnel at all such places, added the Police Commissioner.

Altgether 13 Additional DCPs, 33 Assistant Commissioners of Police (ACPs), 62 Inspectors and 336 Sub-Inspectors would be deployed across the city to supervise the security arrangements, he said.

One Additional DCP, two ACPs, four Inspectors and 103 personnel will be deployed at the Biju Patnaik International Airport (BPIA) for the safety of players and visiting dignitaries. Similarly, three Additional DCPs, nine ACPs, as many Inspectors and 18 platoons of police force will guard the hotels in which the players and officials have been accommodated, added the Police Commissioner.

“Personnel of ODRAF and Fire Brigade will be kept ready to meet any eventuality,” added the Commissioner.