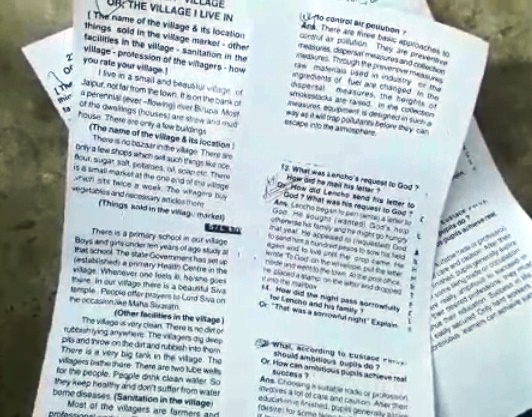 Bhubaneswar: Merely a couple of days after the alleged leak of MIL subject question paper of the annual High School Certificate (HSC) examination conducted by the Odisha Board of Secondary Education (BSE) on WhatsApp, videos and photos allegedly featuring question paper of English subject reportedly surfaced on the instant messaging platform today and went viral.

While the exam for the English subject started at 9 am today, the videos and photos came to fore around 10.20 am on WhatsApp, reports said.

The concerned officials were yet to comment on the matter till the filing of the report. The veracity of the incident was yet to be ascertained.

On the other hand, two officers of the Cyber Cell of State Crime Branch questioned some officials of the board at BSE office in Cuttack today over the incident. The investigators also collected some documents from the board office.

School & Mass Education Minister Badri Narayan Patra informed that the Crime Branch ADG will probe into the matter. He further said that the MIL question paper wasn’t leaked but went viral after 10 am.

It may be recalled here that nearly an hour after the commencement of the MIL exam on February 23, photos of question paper of the subject had surfaced on WhatsApp.

Colder days ahead in Odisha! 13 places record below 20…