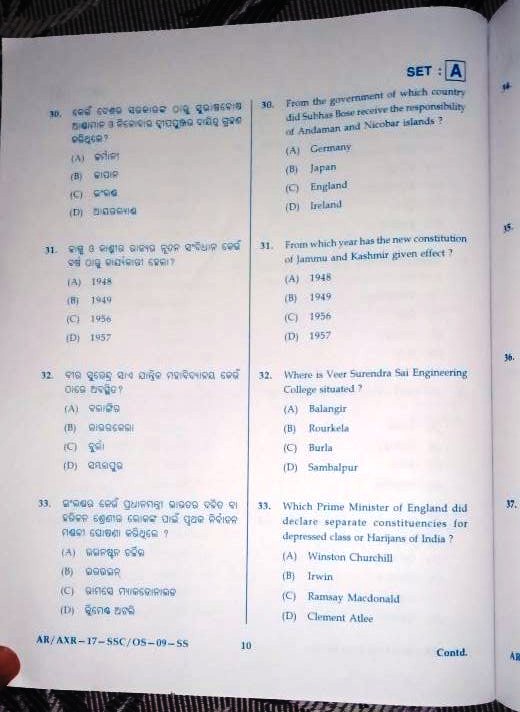 Bhubaneswar: The final day of the annual High School Certificate (HSC) examination conducted by the Odisha Board of Secondary Education (BSE) also witnessed alleged circulation of question papers on WhatsApp.

Photos of question paper of Social Science subject allegedly surfaced on WhatsApp after an hour of the commencement of the exam and went viral in Kamakhyanagar and Jagatsinghpur areas.

This year’s Matric examination started and ended on a controversial note as photos of question paper of MIL subject had also gone viral on WhatsApp on the first day of the exam.

Similar incidents were also reported during examination of other subjects excluding Sanskrit.

However, School and Mass Education Minister Badrinarayan Patra had refuted the allegations and termed it as an intentional attempt to mar the examination.

On the other hand, the state Crime Branch is probing into the incident.