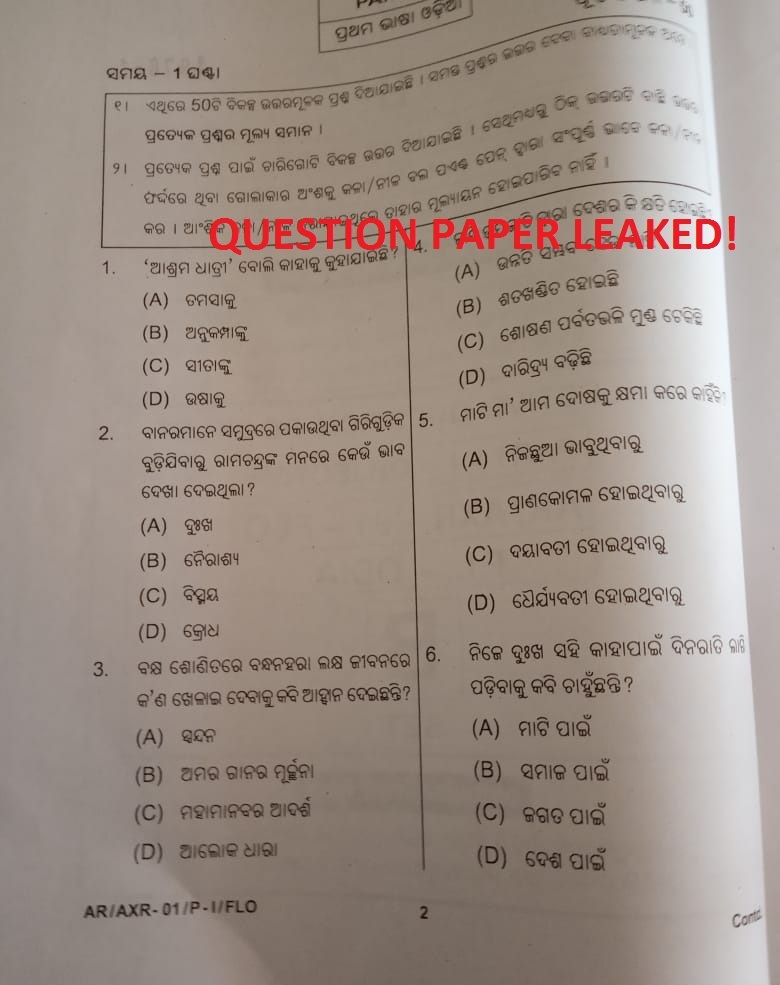 Bhubaneswar: An hour after the commencement of the annual matric examination conducted by the Board of Secondary Education (BSE), the question paper was reportedly leaked on social media.

The MIL (Odia) question paper surfaced on WhatsApp in Nuapada and Dhenkanal districts just after the students appeared in the exam at 10.00 am.

He said that the mobile phones are completely prohibited at the examination centres and the question papers have been kept in tight security at the nodal centres.

“As the first part of the exam had already ended and the question papers went viral on social media after exam, we could not term it as ‘leak’,” she told media.

“The question paper viral will not have any effect on conducting the examination because the students had entered into the exam halls at 9.00 am. The question papers were leaked after the exam,” she said.

“We had made tight security arrangements for the smooth conduct of the examination. The mobile phone was completely banned. Despite it, if anyone is found guilty of violating the instructions, disciplinary action will be taken against that person after the probe,” she added.

She appealed to the parents and students not to get panic over viral question papers, rather continue their studies in same zeal and manner.