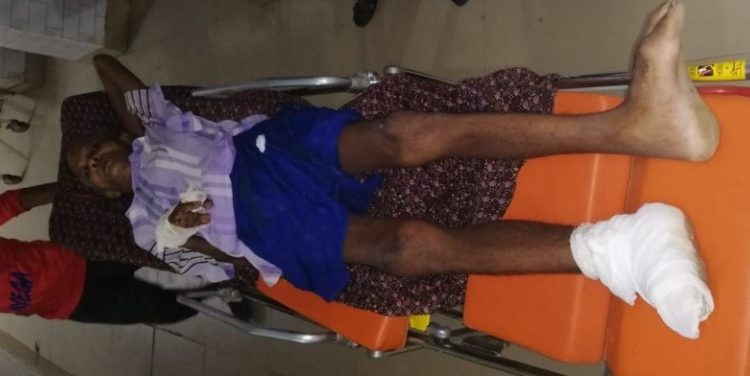 Nuapada: Reminiscing the assault on migrant labourers from Jharsuguda district in Vizianagaram last year, a labourer from Komna area of Nuapada district was allegedly attacked brutally by a middleman in Nagpur area of Maharashtra few days back. The matter came to light after family members of the labourer from Tikirapada village under Komna police station lodged a complaint today.

According to the police complaint, the middlemen cut five toes and three fingers of the labourer, Chamara Pharia when the latter asked for wages. Then the accused threw Pharia at Nuapada railway station.

The victim, who was found lying helplessly in the railway station, was rescued by the railway police and admitted in the hospital.

Pharia along with two other labourers were taken to Nagpur by two middlemen in July.

In December last year, several migrant labourers of Sundargarh district were allegedly attacked by their employer in Vizianagaram of Andhra Pradesh when they asked for their wages. Even the employer threw acid at one of them and cut another’s finger.