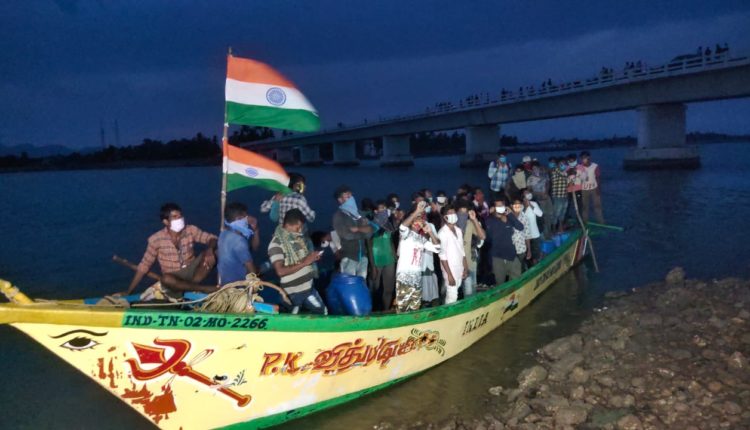 “The boat used by the migrants has been seized and strict vigil will be kept on similar movements towards the state through sea routes. Strict action will be taken against violators,” the minister said.

Notably, 38 fishermen, including 29 from Odisha and nine from Andhra Pradesh, who had gone to Chennai to work for a fish merchant, were stranded in the southern metropolis following the imposition of the nationwide lockdown.

They undertook a five-day journey from Chennai along the sea route to return to their native villages. However, as they reached Patisonapur coast near Chikiti in Ganjam, the district administration, which had prior information about the sea voyage, put them in a quarantine centre on Saturday evening.

District Collector Vijay Amrut Kulange said the swab samples of all the 38 have been collected and sent for COVID-19 test.

Tragic! Two stranded labourers die while returning to Odisha from Hyderabad on bicycle