Odisha Minister among 13 booked for murder of 2 BJP leaders 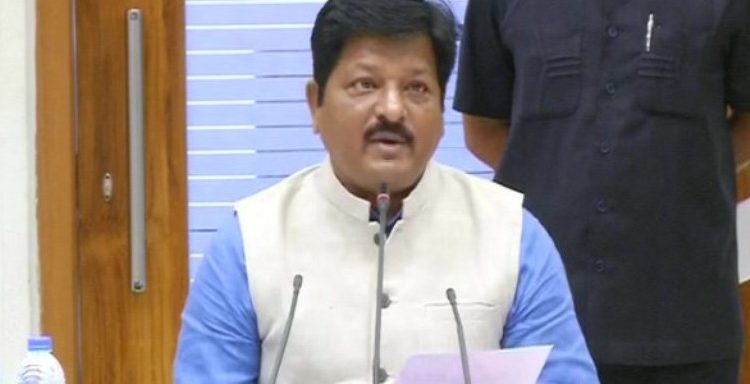 As per the complaint lodged by Ramakant Baral, son of the deceased, the Minister is among 13 persons  accused of being involved in the murder of BJP’s Salipur in-charge and Mahanga block ex-chairman Kulamani Jena and his associate Dibyasingh Baral on Saturday evening.

Ramakant alleged  four days ago, his father told him that the Law Minister had threatened to kill both of them. “The Minister is completely responsible for the murder of my father. The miscreants killed him on the local MLA’s direction as he raised his voice against various corruptions, including housing scam ,” he said.

Taking up the issue, BJP leaders cornered the state Government and demanded arrest of all accused immediately.

BJP National Spokesperson Sambit Patra took to Twitter and said, “Senior BJP leader Kulamani Barala of Mahanga was brutally hacked to death just because he spoke against the corruption of Minister Pratap Jena in Odisha Govt. The Minister’s name finds a mention in the FIR as well. Is Odisha going the Bengal way?.”

Shaming the incident, party state General Secretary Prithiviraj Harichandan warned that the Government will face the tune in every nook and corner of the state and ministers as well as the Chief Minister will not be allowed to attend any public function, if the culprits along with the perpetrators are not arrested in 48 hours.

Two of our colleagues, our leaders from Mahanga Constituency Kulamani Baral and Dibyasinha Baral got killed brutally by goons supported by BJD party functionaries. We are not going to tolerate this. Previously, Congress was doing this and now BJD. The same attitude. Shame Shame.

BJP’s Lekhashree Samantsinghar also echoed arrest of all accused, including the Minister.

At around 7.15 PM on Saturday, Kulamani and his associate Dibyasingh Baral were attacked with sharp weapons by over 10 miscreants on Shukanai embankment road when they returning to their houses on a motorcycle. Though Ramakant admitted both of them to Mahanga Community Health Centre (CHC), both were declared dead at the  hospital.