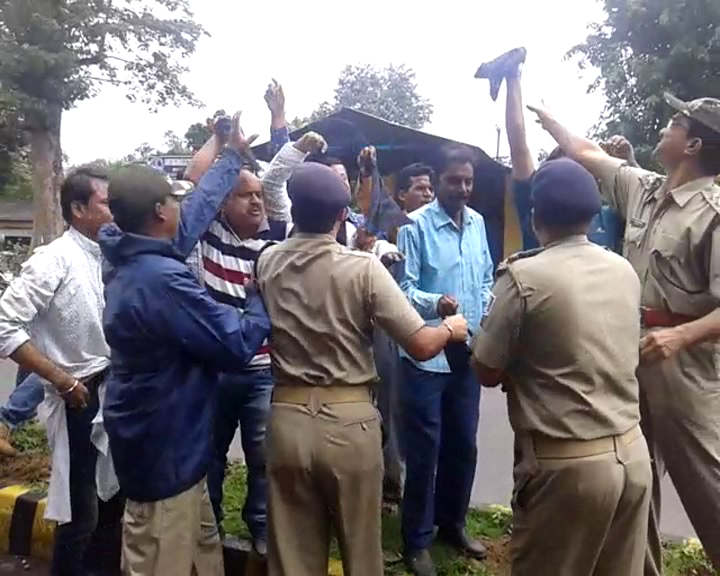 Forest and Environment and Parliamentary Affairs Minister Bikram Keshari Arukha was today shown black flags while he was on his way to flag off a marathon on the occasion of Biju Birth Centenary celebrations in Odisha’s Phulbani.

According to reports, the Minister was shown black flags by BJP activists at Gandhi Square here.

The policemen prevented the activists and snatched the black flags from them. The cops have detained over a dozen saffron party members for waving black flags during Arukha’s visit.

“We are opposing Ministers’ visit and would continue to do so,” a protesting member said.

On the other hand, the senior Biju Janata Dal (BJD) leader denied having faced such type of protest here.

“No worker has shown black flag to me. They don’t have the courage to come near me,” Bikram Keshari Arukha said.

However, the marathon went off peacefully where hundreds of BJD workers and people from various walks of life participated in it. The marathon began from Gandhi Square and culminated at Biju Patnaik Square here. Elaborate security arrangements were made for the event.

Notably, the BJP workers have been protesting the BJD ministers’ visit at various places across the state after Union Minister Santosh Gangwar’s convoy was attacked during a rally in Bargarh by ruling party members.

Three of a family found dead in Odisha’s Rayagada