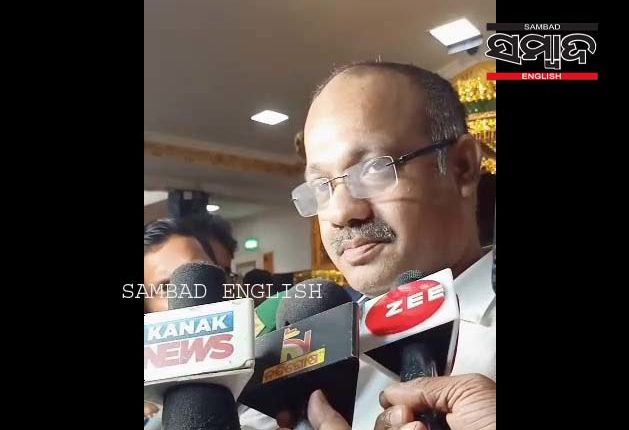 The Opposition leaders rushed to the well of the House demanding resignation of the Minister. The MLAs also sought clarification from the Minister whether government money was spent on travel and accommodation of the two female members who accompanied him. Besides, they sought reply on the identity of the two guests.

Terming Panigrahi’s alleged activities as “not acceptable”, Congress member Santosh Singh Saluja said, “Sarathi (self-styled godman) had gone to Hyderabad with one woman and was sent to jail. Therefore, the same law should also be applied to the minister who took two women along with him to Hyderabad.”

Saluja pointed out that the women, a 47-year-old woman and her 25-year-old daughter, had accompanied the minister and stayed in a luxury hotel in Hyderabad.

“The private secretary of the minister had booked tickets for the women and arranged their stay in the hotel,” Saluja said in the Assembly.

While the members created ruckus in the Assembly, Speaker Surjya Narayan Patro adjourned the House for 30 minutes.

With the issue snowballing into a major controversy, the beleaguered leader sought to clarify on the issue.

“Not a single penny has been spent from government exchequer.  OTDC is open to all for booking. I haven’t violated any law,” Tourism Minister Jyoti Prakash Panigrahi said in his reply.

It may be recalled here that Congress Media Cell Chairman Satya Prakash Nayak had yesterday showed documents in a press conference claiming the Minister to have made arrangements for two female guests on government expenses.

Notably, two female members had accompanied the Minister to Hyderabad who had been to attend a road show conducted by Odisha Tourism.

I do get affected by failure: Virat Kohli