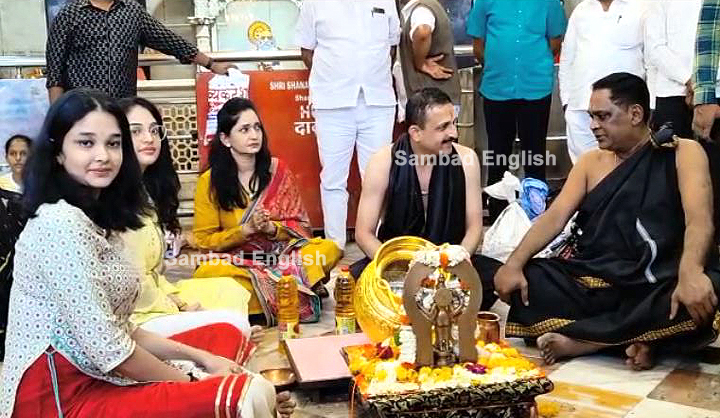 Bhubaneswar: Odisha Health and Family Welfare (H&FW) Minister Naba Kishore Das cleared the air today after media went abuzz with reports that Das has recently donated a Gold Kalash (pitcher made up of gold) worth around Rs 1 crore at India’s famous Shani Shingnapur shrine in Maharashtra.

Replying to media queries, the Minister said, “Triveni Amavasya (observed on Saturday) was an auspicious occasion. Shani Shingnapur Peetha is the most famous shrine in the country. I had gone to have darshan of the presiding deity and pay my obeisance to the Lord seeking His blessings. During my visit there, I only donated Rs 10 lakh.” 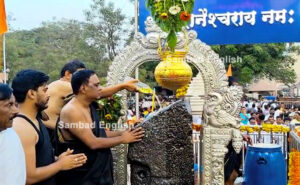 Replying to repeated questions of the mediapersons as to what Das sought for himself, he said, “I prayed for the happiness and prosperity of people of Odisha including the denizens of my home turf (Jharsuguda district).”

“What is wrong in that?” Das questioned in turn.

When journalists persistently asked what he sought for himself, Das answered, “I prayed to the Lord to give me more strength, so that, I will be able to work better for the people.”

Das clarified that he has offered a pitcher filled with mustard oil.

It is pertinent to mention, as per media reports, 700 grams of gold and 5 kg silver have been used for making the pitcher meant for use as Kalash at the temple in Ahemadnagar district.

It is said that the offering was made in the name of Naba Das and his daughter Dipali. It is speculated that his offspring is to make her political debut in Jharsuguda district in the near future.