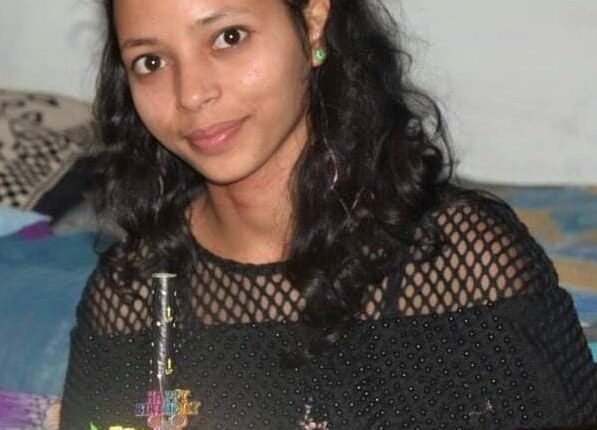 Demanding dismissal of Minister of State (Home) Dibyashankar Mishra from his post, Kalahandi Zilla Parishad Chairperson Namitarani Sahu alleged, “Many ministers were behind missing and murder of teacher Mamita Meher of Mahaling Sunshine School in Junagarh.”

“The Minister should be removed, or else we will hit the streets and the Government will face dire consequences,” the BJP leader threatened.

She alleged that the missing woman schoolteacher was raped and dumped underground at an under-construction stadium of the school following murder.

Targeting the BJD Government over the issue, she said, “Women are being exploited and sexually harassed in the State. The Government that is pitching for paying respect to women, its ministers are involved in unlawful act in an educational institution.”

Following recovery of a body dumped underground, Namitarani alleged, “Mamita Meher was raped and buried under the ground following murder. Govind Sahu, who is the prime accused in the case, fled from police custody. He is a common man. How did he escape from cell? It’s clear that the police let him go and the ministers are behind his escape.”

Speaking to media persons near the under-construction stadium where the excavation was carried out by the police to trace body of Mamita Meher, she said, “the young girls were called into the school. Captain Dibyashankar Mishra was visiting the school once in every week. While his constituency people were waiting to meet him for many developmental work or redressal of grievances, the Minister was staying in the school. Not only the Home Minister, but many ministers including Minister Pratap Jena was also making frequent visit to here. There are three state-run colleges in Junagarh Constituency, which is represented by Captain Dibyashankar Mishra in the Assembly. Why the minister was providing Government aid particularly to Mahaling Science College ignoring other educational institutions? The Government should clarify it.”

“The Minister was sleeping here in the school at night. Mamita went missing under mysterious circumstances. What is mystery behind it? All were aware about it, but nobody raised voice against it,” the woman BJP leader leveled serious allegations.

Meanwhile, a body buried underground was recovered at the under-construction stadium of the Mahaling Sunshine School.

Till the last report came in, a chain and anklet were recovered from the body. The family of Mamita Meher claimed that she had worn the same jewelries while she left home for school on the fateful day.

Mamita Meher (24) of Jharni village under Turekela block of Odisha’s Balangir district was working as a teacher at the Sunshine English Medium School at Mahaling in Kalahandi district. Mamita also served as warden of the girls’ hostel of the school. She went missing on October 8.