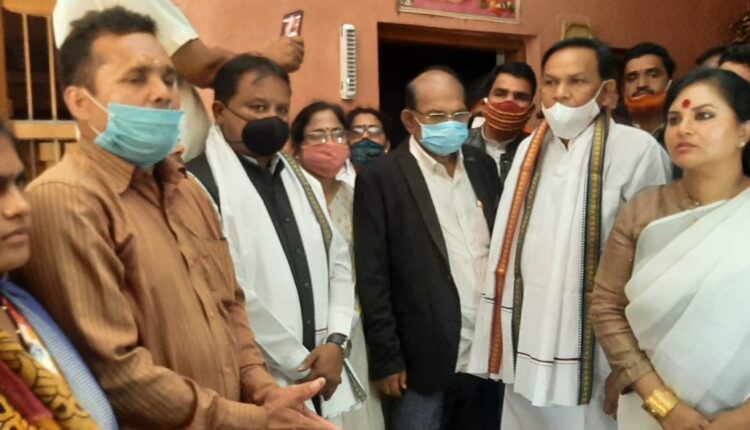 Nayagarh: A high-level team of BJP led by Leader of Opposition (LoP) Pradipta Naik today visited Nayagarh district to meet family members of the deceased five-year-old girl, who was allegedly killed after being kidnapped earlierin July.

The team met the girl’s parents-Ashok Sahu and his wife Soudamini and got detailed information about the incident. They also visited the spot, where the minor’s body was recovered. The party alleged that neither SIT nor the Odisha Crime Branch will provide justice to the bereaved family because they will protect the Minister of ruling BJD who is shielding the main culprit in the incident. The saffron party again reiterated its demand of Minister Arun Sahoo’s resignation.

Meanwhile, BJP National Spokesperson Sambit Patra has shot off a letter to National Commission For Protection of Child Rights (NCPCR) urging it to ensure a separate probe into the alleged the incident.

He urged the NCPCR Chairperson to direct a spot enquiry by an independent squad of panel and for setting up of a fact-finding team of Commission to enquiry into the heinous crime. He also requested the Commission to issue summons to the Nayagarh SP and Collector to show cause the delay in the investigation.

It is pertinent to mention here that legislators of BJP and Congress are creating uproarious  scenes in the state Assembly by raising the issue again and again during the House proceedings in the last couple of days.  Due to the continuous protest by both the opposition parties, Chief Minister Naveen, on November 27,  ordered a court-monitored SIT probe into the incident.