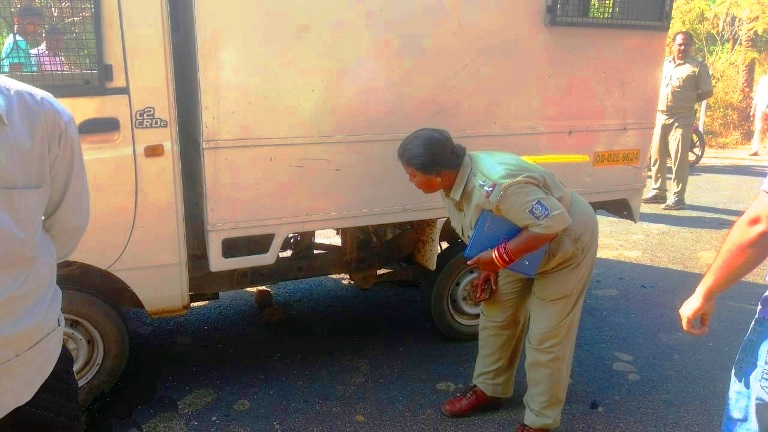 Nayagarh: In a daring broad-daylight heist, unidentified miscreants looted cash amounting to Rs 1.72 lakh from an ATM cash van after hurling a bomb at the vehicle on Khandapada-Nayagarh road today.

Sources said four unidentified miscreants came on two bikes and hurled a bomb at the ATM cash van near Kainthapalli under Khandapada police limits in the district. The four accused looted Rs 1.72 lakh cash from the van and fled the spot. The incident took place when the van was on its way to refill an ATM.

On receiving information, police swung into action and launched a search operation by putting up blockades at several entry and exit points to nab the culprits.