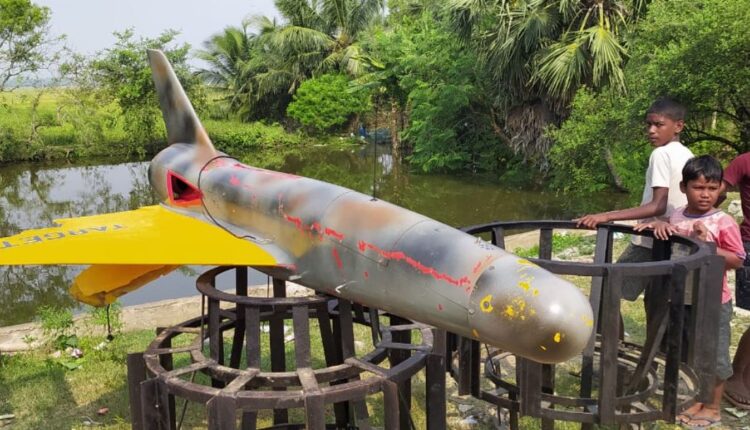 Balasore: Panic gripped residents of Kharasahapur village in Odisha’s Balasore district as some fishermen of the locality netted a missile-like object.

Some local fishermen had ventured into the sea, around 10 km away from Panchubisa jetty, for fishing. Around 4 am, the missile-like object which appears to be a target drone landed in their fishing net and damaged it.

However, the fishermen escaped unhurt and managed to reach the shore with the target drone.

Earlier in August, several fishermen of Talapada village in the district had netted a target drone while they had gone into deep sea for fishing. The catch was a ‘Banshee’, a British aerial target developed by Meggitt Defence Systems for surface-to-air and air-to-air weapon systems which was flight tested from the Integrated Test Range (ITR) off Balasore coast.

Worth mentioning, PINAKA rocket was yesterday successfully flight tested from Integrated Test Range, Chandipur off the coast of Odisha. A total of six rockets were launched in quick succession and the tests met complete mission objectives.

Here’re new guidelines for those travelling to India from abroad