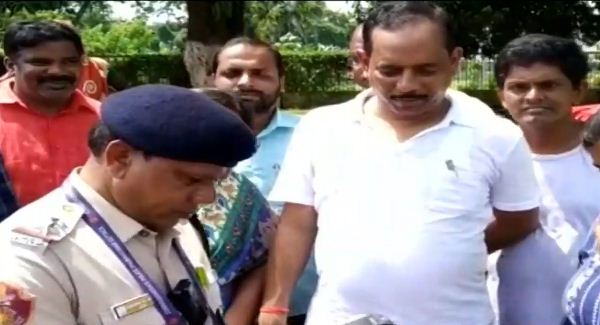 The vehicle of the legislator was reportedly parked at a no-parking zone near AG Square here, for which the Twin City Commissionerate Police issued a challan of Rs 500 against Jena in the presence of Bhubaneswar DCP Anup Sahoo.

Some commuters reported the incident of the illegal parking to the DCP, after which the MLA was fined, reports said.

“The fine was imposed as my driver had parked the vehicle illegally on the road. Law is equal for everyone and we should abide by the traffic norms,” said Jena.

The former Bhubaneswar Municipal Corporation (BMC) Mayor had gone to AG Square to be a part of the sensitization drive conducted by the Commissionerate Police over traffic rules.

The incident comes a day after hundreds of commuters gheraoed on-duty police personnel at the Rajmahal Square here alleging that authorities were not checking documents of government vehicles and their drivers were not being penalised for violations.