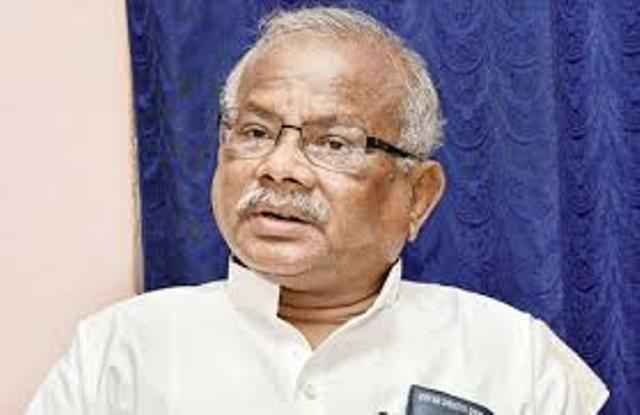 The 67-year-old Tirtol legislator was hospitalised on June 22 in Bhubaneswar after he suffered brain stroke.

He was suffering from various ailments. The legislator, who was in ICU of the Apollo Hospital, passed away at 7:50 PM today.

Das was elected to the State Legislative Assembly six times from Tirtol and Jagatsinghpur constituencies.

In 2019 elections, the senior BJD leader was elected to Assembly from Tirtol Assembly seat.

He was also nominated by the BJD for biennial Rajya Sabha elections in the year 2016. He was elected unopposed with senior BJD leaders Prasanna Acharya and N Bhaskar Rao. Later, he resigned as the Rajya Sabha MP in 2017 after being appointed as the Deputy Chairman of Odisha State Planning Board.

Chief Minister Naveen Patnaik expressed grief over the death of the Tirtol MLA. In a statement, Patnaik said Das was a popular politician, one of the best organizers and administrators. He has contributed immensely to different sectors of Odisha as a Minister, Parliamentarian and an MLA.

The Chief Minister prayed for the departed soul and expressed sympathy to the bereaved family.

Khandapada MLA Soumya Ranjan Patnaik condoled the Tirtol MLA’s death and said, “We lost an experienced and popular leader. Das played a crucial role in strengthening the party organization in Jagatsinghpur district. He started his political career from college days and became an ardent follower of legendary Biju Babu.”

BJP leader KV Singh Deo expressed grief and said, “I am deeply saddened by the demise of Shri Bishnu Das, MLA Tirtol. He has been a dominant politician in Biju Janta Dal and has made his mark in the State Assembly as well as Parliament. It’s a loss to the State. I pray that his soul rest in peace.”