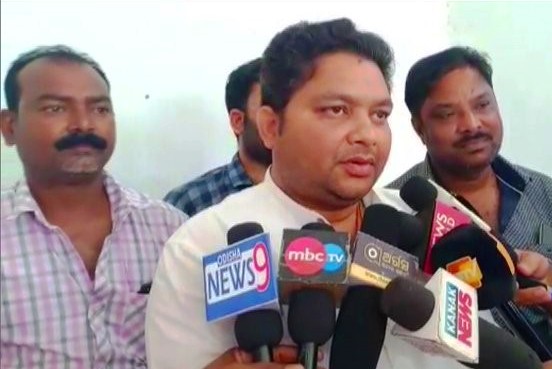 Bolangir: Patnagarh MLA Saroj Meher, who got into trouble and was later arrested for forcing a junior engineer to do sit-up in public for poor quality road construction work in his constituency, is once again in news.

Setting an example, the first-time MLA said that he will donate 25 per cent of his salary for development of hospitals in his constituency and rest 75 per cent for the welfare of poor and underprivileged.

“I had earlier told that I will donate 25 per cent of my salary to hospitals in Patnagarh that are grappling with several issues. Besides, I will give the rest 75 per cent to poor and needy in all three blocks under my constituency. I took the decision after visiting the grassroots areas during election campaigning,”he said.

When asked about his own sustainability, the BJD legislator said,  “I belong to a farmer’s family. I have some business also. I will run my family as I used to before being elected as an MLA. I don’t want to live a luxurious life.”

Worth mentioning, the MLA was released from Jharpada Special Jail here on July 6 after Bhubaneswar Additional District Judge (ADJ) Court granted him conditional bail. He was released after spending 12 days in jail.