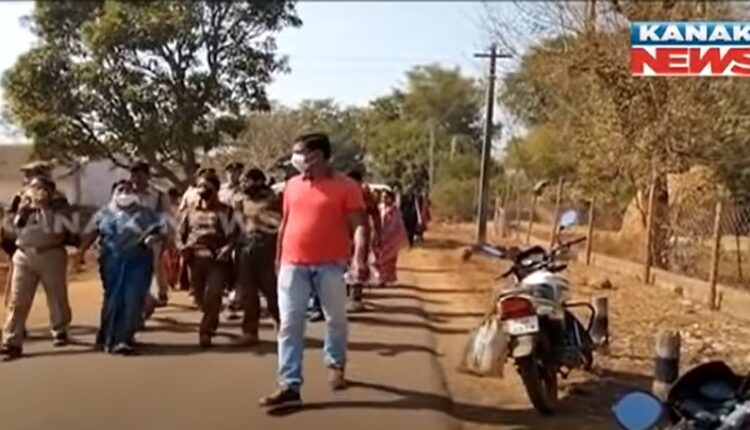 The Karanjia legislator walked around 7 km with protestors and forest officials on Friday to visit the crop loss sites and houses destroyed by elephants.

As per information, hundreds of locals were staging protest in front of Dudhiani forest range office on Friday demanding the administration’s interference to deal with elephant menace at their villages. They also blocked the National Highway-220 as mark of protest. Basanti Hembram, who was travelling on the route, suddenly stopped her vehicle at the protest site to know the issue.

After seeing their representative at the site, the protestors asked the MLA the steps she has taken to deal with elephant menace at her constituency. They forced her to walk to the farmlands where the elephants allegedly destroyed the crops. With no option left, Hembram chose to walk seven kilometers with the villagers.

When asked about the incident, the legislator admitted that she had walked with the protestors to take stock of situation at the affected sites. However, she denied the report that she was forced by the protestors for walk.

According to reports, herds of about 23 wild elephants from Similipal forest and neighbouring state Jharkhand have strayed into Dudhiani range area under Karanjia forest division. The animals reportedly destroyed the houses and crops at Kunjia, Biunria, Nakuda, Kadamadak and Mata villages in last two months. In this connection, the villagers had approached the legislator, administration and the forest department for compensation, but their efforts went in vain.

To press their demand, the villagers had staged road blockade the NH and gheraoed the MLA yesterday against elephant menace.