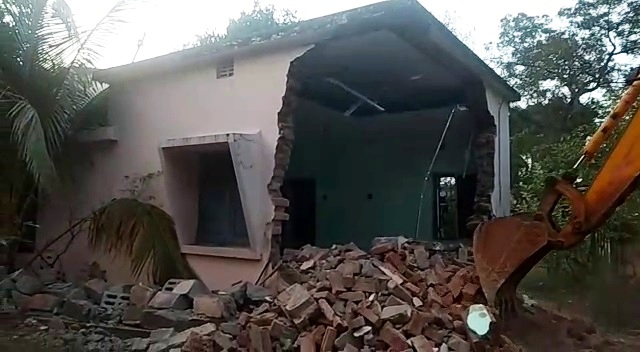 Bhubaneswar: The demolition of quarters at MLA Colony in front of Odisha Assembly was deferred as several legislators are yet to vacate their quarters.

The demolition process began by the Bhubaneswar Development Authority (BDA) today with bulldozing of a few quarters into ground. Later, the eviction was put on hold for indefinite period.

Sources said that as many as 23 MLAs are yet to vacate their quarters allotted to them at MLA Colony.

Yesterday, Assembly Speaker had given nod for demolition of 42 MLA quarters in first phase.

‘Over 1.41 lakh non-Covid patients died between April and…

As per plan, few portion of MLA Colony will be demolished and 7R quarters will be constructed at the area for 140 members. The multi-storey building will come up at expenses of Rs 400 crore.

The new quarters will be constructed in model of DS quarters (double-storey building) built at MLA Colony near Unit-4 market area in the city. The quarters will have elevators and lobby. The area will be renovated having parks, cafeteria, swimming pool and gym centre, a source in Works department said.

Besides, a special room, conference hall and guest house will be built for people visiting the legislators at their official residences.

Worth mentioning, several government quarters at MLA Colony have been occupied by the former legislators and ministers even after completion of their tenures. Due to less availability of vacant quarters, the newly elected MLAs are yet to get quarters for accommodation.