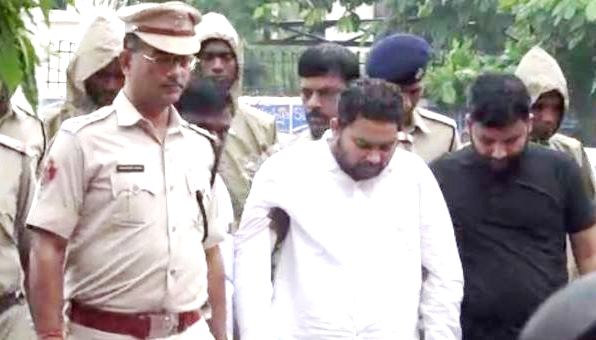 Bhubaneswar: Patnagarh MLA Saroj Meher was released from Jharpada Special Jail here today, after 12 days of imprisonment on charges of assaulting a Junior Engineer and forcing him to do sit-ups.

The BJD legislator was granted a conditional bail special Additional District Judge (ADJ) Court in Odisha capital earlier today. He has been asked to deposit surety bond of Rs 25,000 and provide two guarantors for bail.

The first-time MLA had allegedly thrashed the JE of Public Works Department and asked him to do 100 sit-ups in public, over poor quality road construction work at Patnagarh Assembly Constituency. The matter came to light after a video went viral on social media and various news channels on June 6.

Patnagarh police registered a case against the MLA on the basis of an FIR lodged by the government official’s wife. The case has been registered under Sections 341, 363, 294, 323, 353 and 355 of IPC and Section 3 of SC/ST (Prevention of Atrocities) Act.

His bail plea was rejected by Patnagarh ADJ and he was sent to Patnagarh sub-jail on June 24.