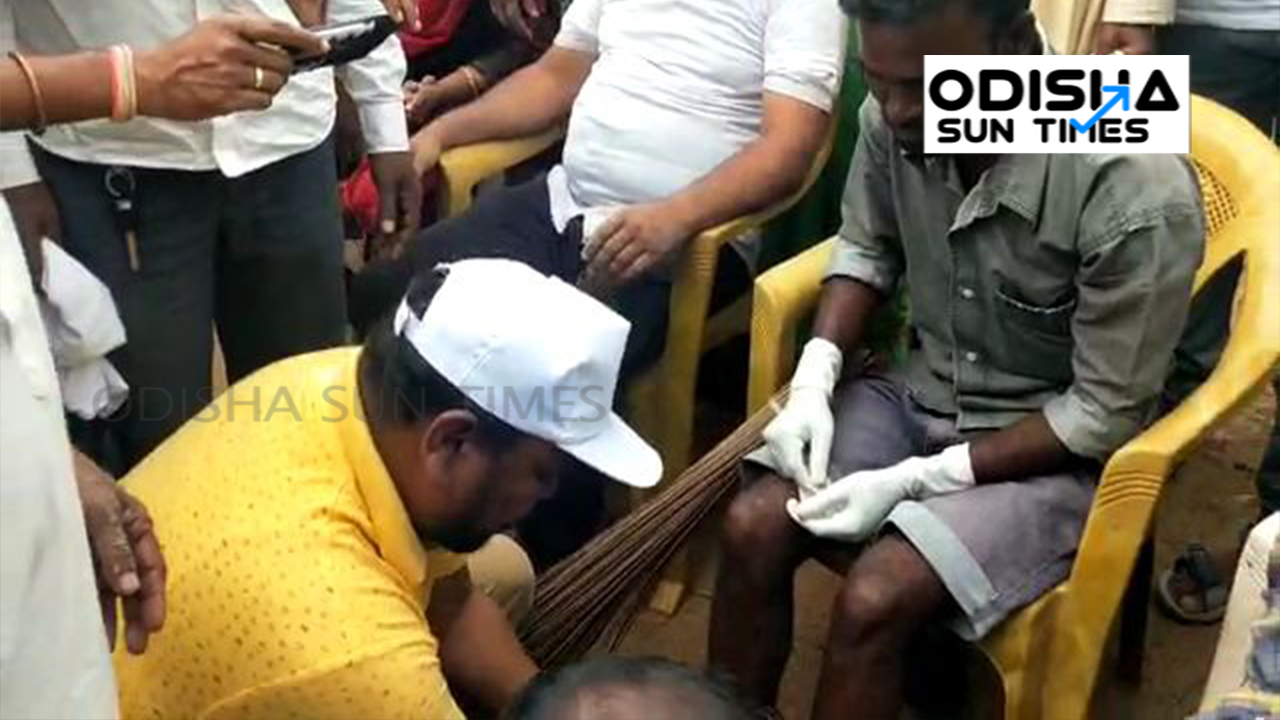 Nabarangpur: BJD MLA from Dabugam Manohar Randhari has set examples for many. He has become talk of the town for his gesture while acknowledging the contribution of sanitation workers. Earlier also he had hit headlines for his out of the box thinking.

Randhari felicitated some of the sanitation workers of hospitals by washing their feet during a ‘Swachh Odisha, Sustha Odisha’ drive in Dabugam of Nabarangpur district today.

“These sanitation workers are ensuring that our locality and hospital remain clean throughout the year. Today I felicitated them to express my gratitude. Everyone must give respect to them and acknowledge their importance,” said the Dabugam legislator.

Randhari was in news earlier for taking up spadework to repair a mud-filled road on his way to Jabaguda village in Papadahandi block in July this year. After seeing the poor condition of the road near Maidalpur, he alighted from his vehicle and repaired the road with a spade. Later he proceeded towards his destination to distribute raincoats and umbrellas among farmers.

His act was then widely appreciated by residents of the area.

The legislator was also seen working in a farmland in a village of Dabugam braving hot and humid day earlier.