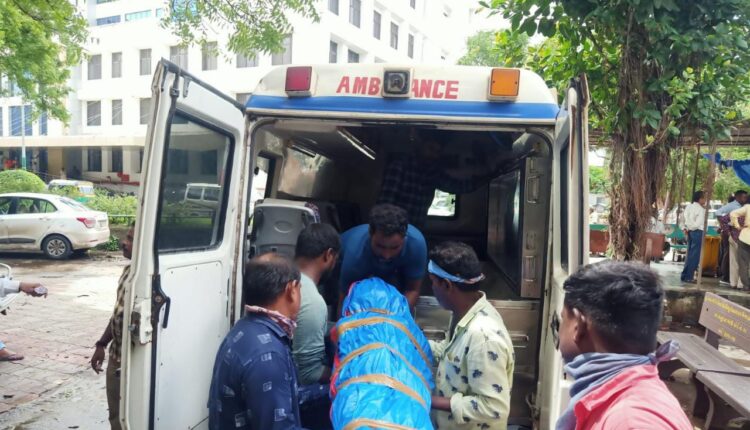 Ganjam: In yet another exemplary example of extending timely help to Odias in distress, members of Odisha Mo-Parivar mobilised their resources to not just help a native of Ganjam district avail medical assistance in Gujarat but also bring back his body to the State after he succumbed during treatment.

The deceased identified as G Ramamurthy Reddy (46) of Ganjam’s Golanthara village was working in Gujarat since many years. Sources said on August 1, he suffered a brain stroke and was admitted to a private hospital there. Since they could not afford the treatment, family members requested the doctors to cover the medical expenses under Biju Swasthya Kalyan Yojana (BSKY). But the medical staff declined as the hospital was unfortunately not empaneled under the scheme. Helpless, the family sought help of Odisha-Mo Parivar, a social service wing of the Biju Janata Dal. On getting information, a representative of Odisha-Mo Parivar in Gujarat Pradip Sahu along with other members immediately approached the family and helped shift Reddy to another hospital where his treatment costs were covered under BSKY. However, fate had other plans and despite the successful surgery, Reddy succumbed on August 16. As the family waned to bring back Reddy’s body to his native village, they reached out to Odisha-Mo Parivar for transportation and with its help, were able to come back. After the body reached Golanthara on August 20, a coordinator of Jibanbindhu, an NGO under Odisha-Mo Parivar, Subash Maharana helped the family carry out the last rites.