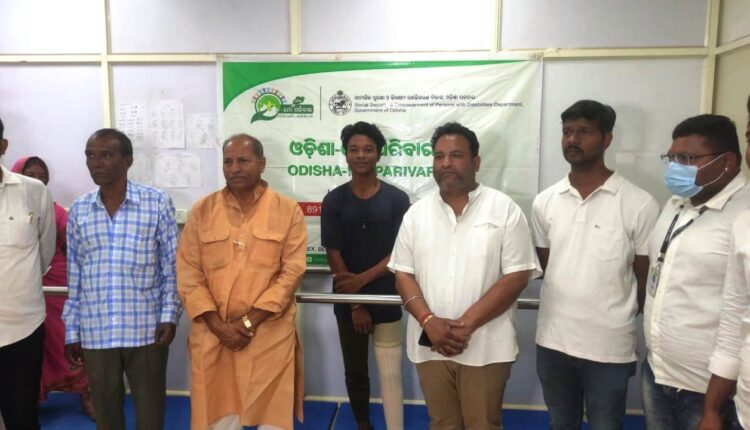 Bhubaneswar: Two differently-abled men belonging to Gajapati and Jajpur districts were provided today with artificial legs by Odisha-Mo Parivar, thereby supporting them to eke out a descent living.

The two had been striving a lot to manage their families and passing through difficult times.

One of the men 24-year-old Basudev Sabar is from Anantpur village of Gajapati district. He spent his childhood days in penury as his parents are daily wagers. Basudev lost his leg as he fell from a moving train when travelling to outside the State in search of job.

Subsequently, Basudev’s left leg was amputated by a team of doctors, who were treating him. After the mishap, he became unable to perform even his day-to-day works.

Another man named Golak Chandra Sahani (50) is from Sunguda village of Jajpur district. He lost one of his legs around ten years ago in a fatal road mishap.

On being informed about the two differently-abled men by Badachana MLA Amar Satpathy, Odisha-Mo Parivar joint secretary Rudra Narayan Samantaray arranged the artificial limbs for them.