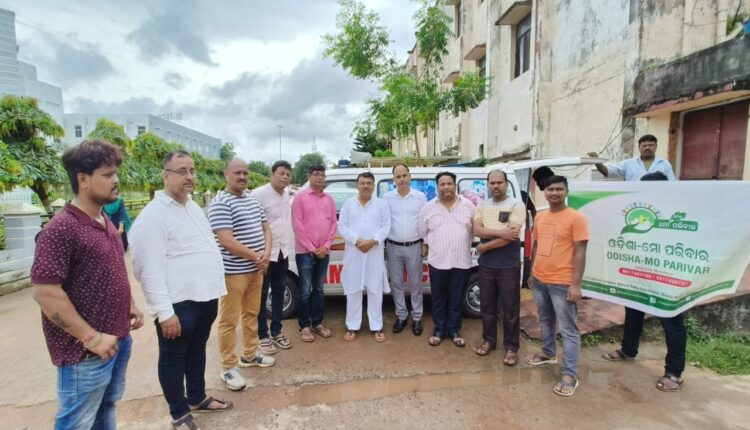 Bhubaneswar: Apart from extending a helping hand to the distressed Odias throughout the globe, Odisha-Mo Parivar has started helping migrants from other states residing in Odisha.

Ramanuj Upadhyay, a resident of Uttar Pradesh, was working at Birla Tyres in Balasore. He was diagnosed with kidney-related ailments and admitted to Hi-Tech Hospital in Bhubaneswar. Upadhyaya breathed his last yesterday (September 7) while undergoing treatment at the hospital. The bereaved family was burdened with hefty medical bills and faced difficulties in getting the mortal remains of Upadhyay.

On being informed, a team of Odisha-Mo Parivar led by its convener reached the hospital and discussed the issue with the authorities. Subsequently, the hospital dues of the distressed family were waived by the administration.

The Odisha-Mo Parivar team also stood by the bereaved family during the performance of Upadhyay’s last rites.