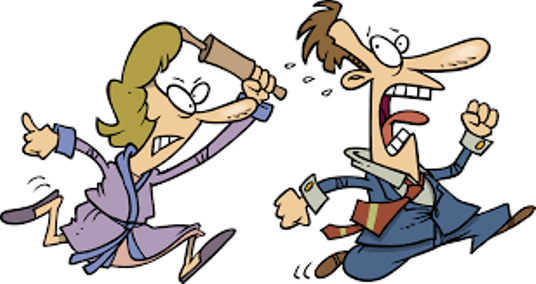 Gajapati: A Revenue Inspector (RI) was allegedly beaten up by wife and mother-in-law after he refused to embrace another religion here in the district.

The victim was identified as Thabir Panda, posted as RI at Gobindapur Tehsil office in Gajapati district.

Panda was thrashed without mercy in front of his office on Thursday evening.

According to reports, Panda had love marriage with Surabhi Tandi, who practices Christianity. As Panda belongs to an upper class of the Hindu religion, he preferred to tie the knot with his longtime girlfriend in a local court in Bhawanipatna in the year 2014.

However, nothing went fair between the couple after their wedding.

Panda alleged that his wife Surabhi and in-laws forced him to convert to Christianity after marriage. When he denied, they started torturing him.

On Thursday evening, Surabhi and her mother dragged the RI out of his office and started beating up for his refusal to accept Christianity. They also abused him with slangs.

“The woman, who thrashed me outside Tehsil office is my mother-in-law. Another woman, who accompanied her, is my wife Surabhi Tandi. They have been forcing me to convert into their religion Christianity,” said Panda.

A complaint has been lodged against his wife and mother-in-law in this connection.